Death along the Ganges 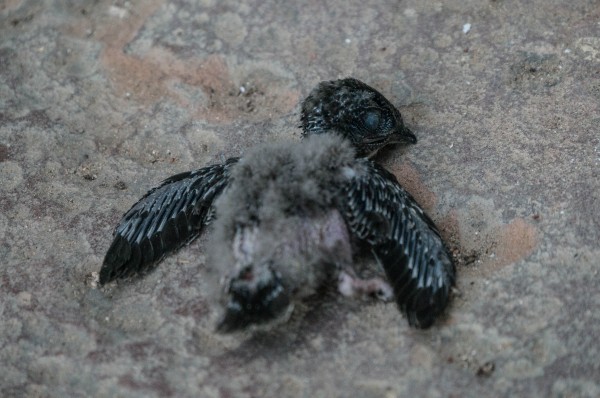 As Americans – like most “Westerners” – we are for the most part, relatively isolated from death.  Not that we don’t have people close to us dying – we just don’t deal with the specifics.  I reflected on this just a few weeks ago, when we lost our longtime family dog in India, and suddenly had to deal with specifics.  In the US and in Europe, when you have a pet put to sleep at the vet, you just leave the animal and it comes back to you as a container of ashes (if that’s what you want) – or you can take it home and bury it, if it’s a small animal.  It’s similar with humans – most of the specifics are dealt with by specialists you hire to do this for you.  Most people have a relatively sterile funeral service, where you look at someone who has been fixed up and filled with chemicals to avoid anyone having to deal with any awkward smells or sights or other unpleasantness, or maybe you look at a closed box that gets lowered in the ground and covered up after you leave, or you end up with an urn.

In India, death is a much more intimate occasion.

Visiting Varanasi recently, one of Hinduism’s holiest cities, we reflected on the separation between the living and all of the business of death in our own culture.  The ghats of Varanasi – nearly 100 of them – are allocated for different purposes – bathing, washing clothes, and other things – and two of them are dedicated exclusively to cremation.  On the banks of Mother Ganga, the funeral pyres burn 24 hours a day, 7 days a week, 365 days a year. 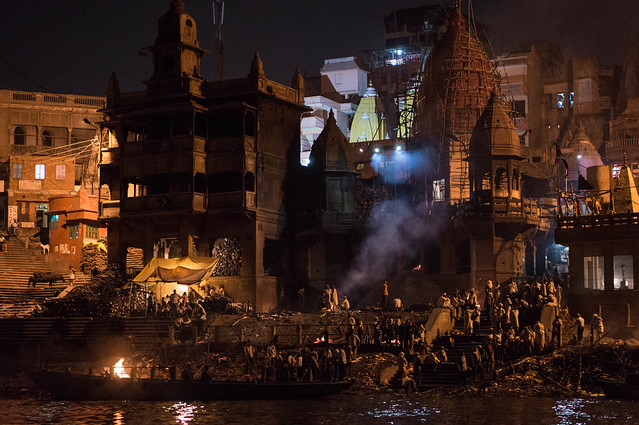 The process is simple and unadorned; somber, yet not overtly one of sadness. Because to die in Varanasi, be ritually purified in the holy waters of the Ganges, and then return to the elements, is a fortuitous occasion – one which eases the release from moksha, the cycle of rebirth.  Relatives (usually only male) of the deceased family member carry the body, wrapped in cloth, to the site on a bamboo stretcher.  Led by the nearest male relative, identifiable by his shorn head and white garb, the body is dipped into the waters of the Ganges and then placed on the steps to dry.  With the assistance of funeral workers – frequently from the Dom caste, fees are exchanged for an amount and mixture of wood (the more sandalwood or other aromatics, the better) from one of the endless piles stacked around the site, and the pyre is prepared.  The closest male lights the fire from the nearby temple  – whose flame is said to have been burning continuously for the last 3,000 years – and lights the pile, prepared with ghee to catch fire more quickly. 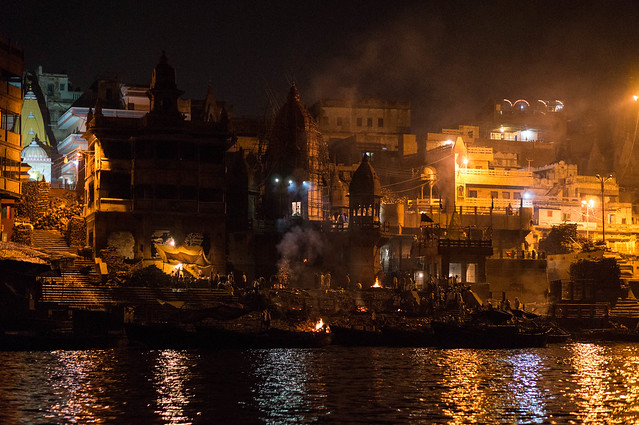 Friends, family members, workers and tourists quietly watch the process as dogs, cows and goats wander undisturbed throughout the area.  The heat from multiple pyres burning simultaneously can be stifling as smoke and ash billow out over the river where the ash leaves a film that moves slowly downstream.  Boats on the river in front of the ghat are loaded to the top with wood.  Every now and then a new group appears with another body.  There are no appointments, yet the process appears to flow smoothly.  It takes about three hours. 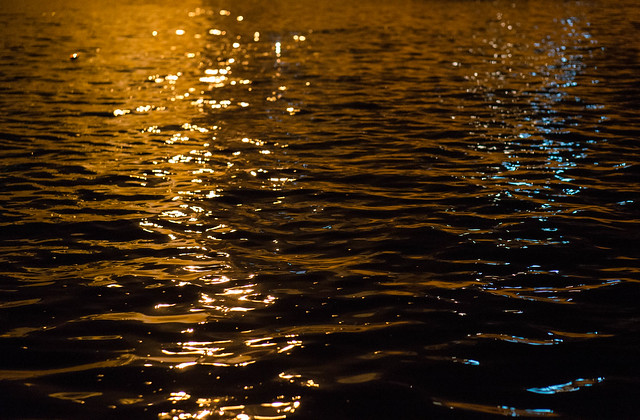 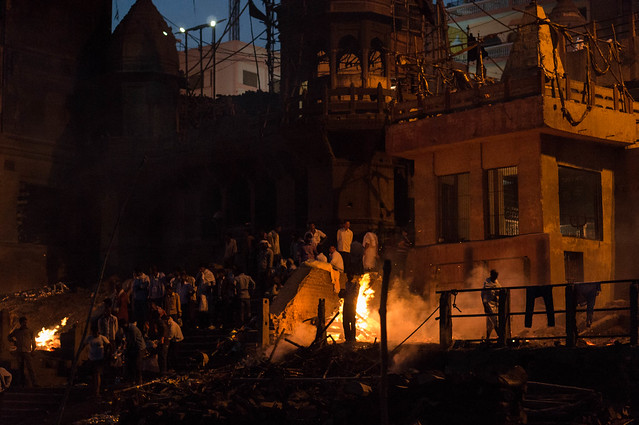 Not everyone may be cremated.  Children under the age of five, sadhus (holy men), people who have died of snakebite, and pregnant women need no further purification.  Instead, a stone is attached to the shrouded body and a boatman is paid to carry them out onto the river where they are consigned to the river.  Yet the river flows, things move around, and the stone may come detached, allowing the body to rise to the surface.  Death is not for the squeamish.  But the cycle of life and death continues in Varanasi, as it has for thousands of years.  And the nearby electric crematorium languishes unused and in disrepair. 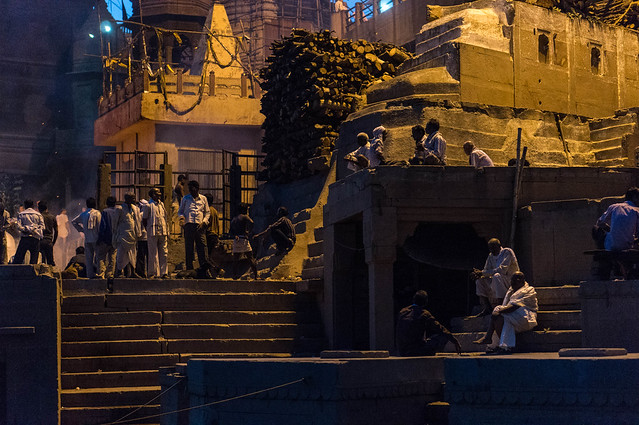 For an excellent photo essay on the subject, refer to this National Geographic article.

For more of my photos of Varanasi, refer to this Flickr album.  Other posts about Varanasi can be found here: Death on the Ganges; Varanasi by Night

This entry was posted in Life in India and tagged cremation, death, Ganges, ghat, Manikarnika, Varanasi. Bookmark the permalink.