A number of different photographer groups in Chennai regularly organize photowalks – walks through various neighborhoods in Chennai. The potential photographic subjects will vary – sometimes it’s market vendors, or stately old buildings, still life, fishing villages. In certain situations, exercising your abilities as a photographer can be difficult, because – rather than you seeking out subjects and situations to photograph – the subjects will instead seek you out.

This is often the case in neighborhoods where there are lots of kids. If you’re walking around with a camera – especially if you already stand out as a foreigner – and there are kids around, you’re an instant target!  Occasionally this can be overwhelming.

We went walking on “Burial Ground Road”, a street on the “Island Ground” – more than half the island in the Coovam River is a parade ground, and there is also a military base, a couple of cemeteries, and a small, working-class neighborhood.  With lots and lots of kids.

First it was moms and dads asking us to photograph their kids – but once the other kids saw, everyone wanted in on the action. 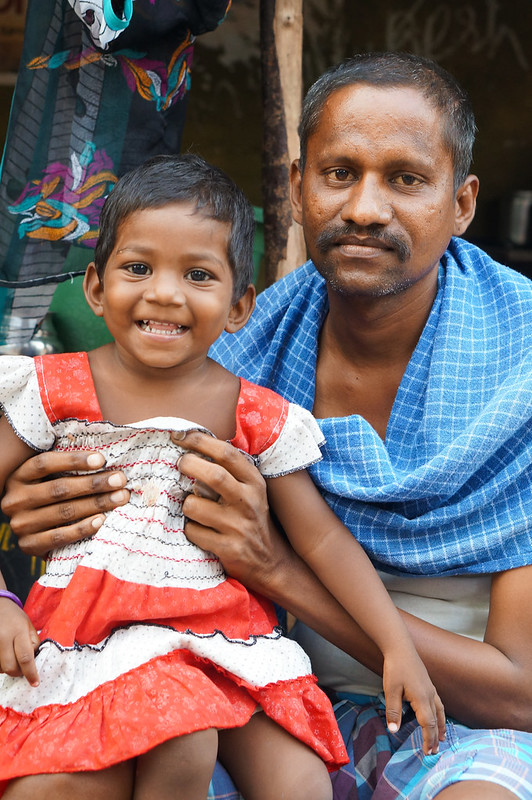 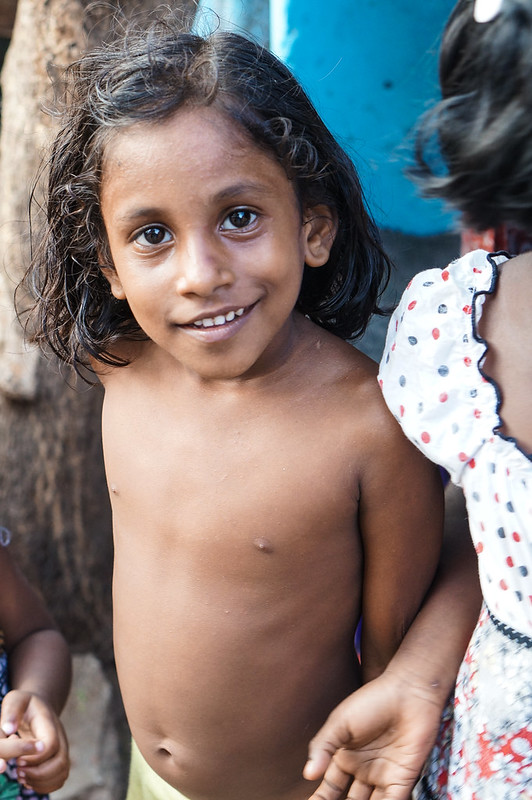 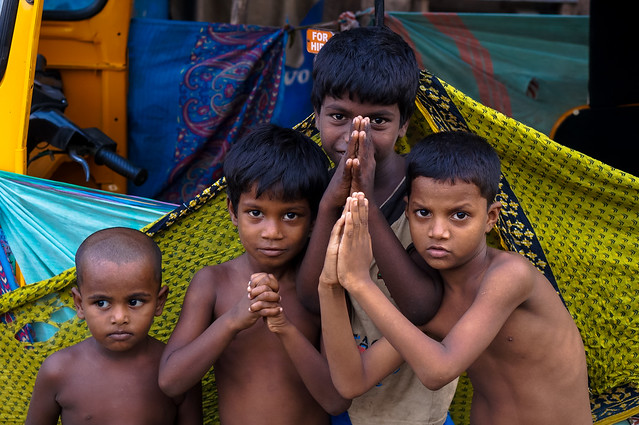 With shouts of “Uncle! Uncle!” or “Auntie – photo!” or tugs on our sleeve, the kids never tired of first posing for pictures, and then crowding around to see the result on the LCD screen afterward. I had a film camera as well, but quickly realized the kids would be frustrated by my inability to explain why they couldn’t see their photos. When I showed them their pictures on the digital screen, many of the kids would try and “swipe” the screen to advance to the next photo; but trying to explain film processing proved completely impossible.

It wasn’t only the kids who asked to be photographed, either! 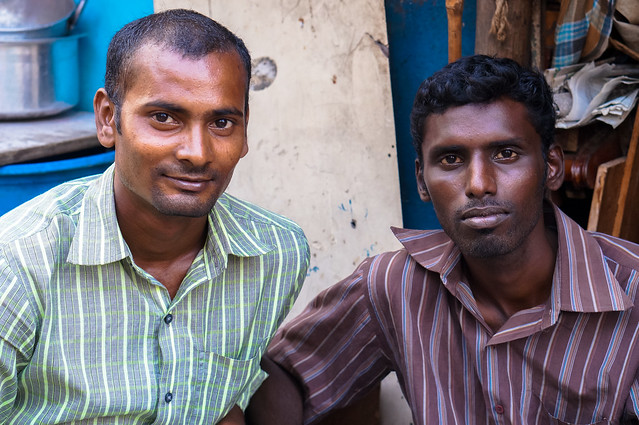 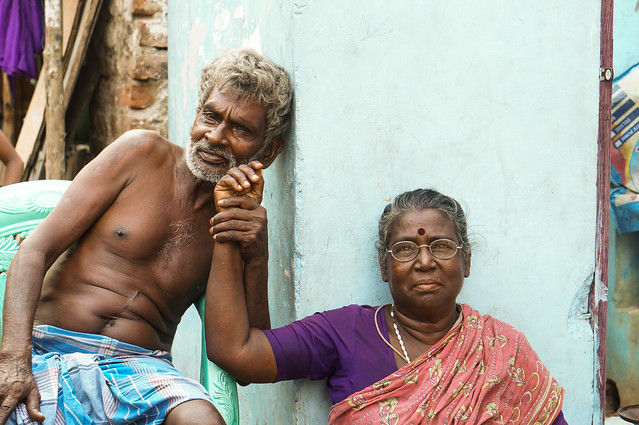 In the photo just above, the husband insisted on having a picture taken with his wife, but his wife kept pushing him away. He kept insisting, and the photo above represents the compromise.  We plan to print the photos and come back for another visit to pass them out.

To see the rest of the photos we took on this photowalk, check out this link and this link.

This entry was posted in Life in India, Photowalks and tagged Chennai, children, India, Island Ground, photowalk. Bookmark the permalink.