Tone Mapping in the Namibian Desert

I’ve read a number of explanations of tone mapping, but I confess I still don’t understand what’s going on.  I know it’s a way to manipulate a digital image so that what you see in the image better approximates what you remember having seen in real life – rather than the disappointing result you usually get when the lights or darks in a scene with a wide brightness range get washed out at one end of the spectrum.

We arrived at Hoodia Lodge, about 20 km from Sesriem, Namibia and the entrance to Sossusvlei Park, late in the afternoon.  It was cloudy, but there were promising breaks in the clouds as the sun was sinking behind the mountains.  I grabbed the camera and headed uphill, facing away from the setting sun, in the hopes of being able to take some bracketed photos and create some HDR exposures.  Eventually, the sun did what I wanted, and there was a break which ended up illuminating a part of the distant valley while we were still in the shade, and I began snapping away.

Unfortunately, the HDR idea didn’t pan out – the low light caused some focusing problems, and the moving clouds caused the bracketed exposures to vary too much to combine.  But from the RAW exposures I was able to produce a few tone mapped images – I hope you like them. I may need to go back and clean up some of the spots from dust on the sensor (or so it seems) in one of the photos. 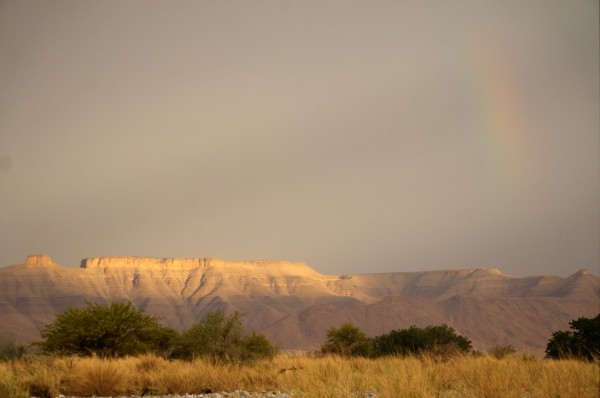 First there was this rainbow…and as the sun set… 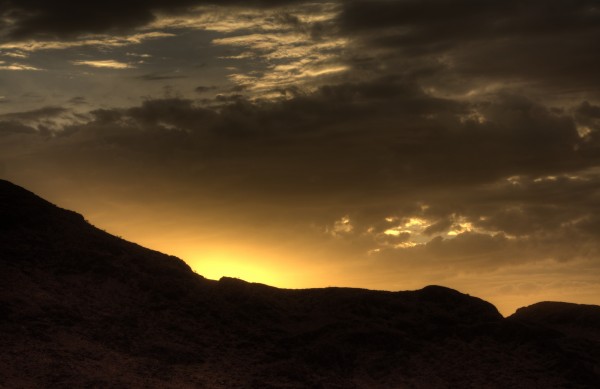 …the valley across the way became illuminated. 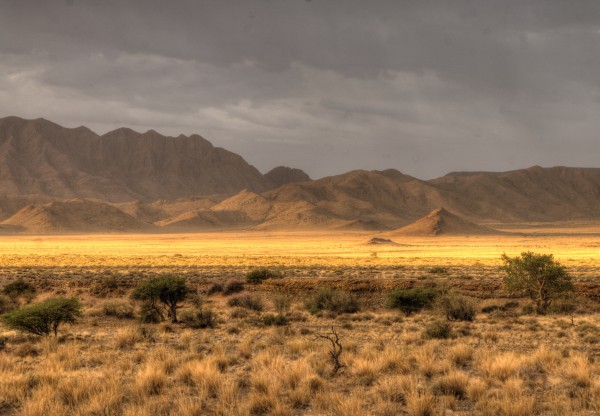 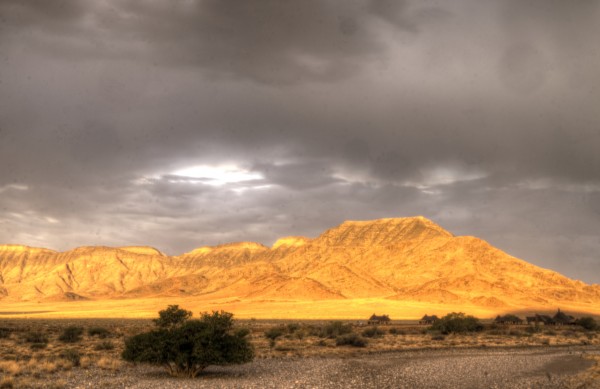 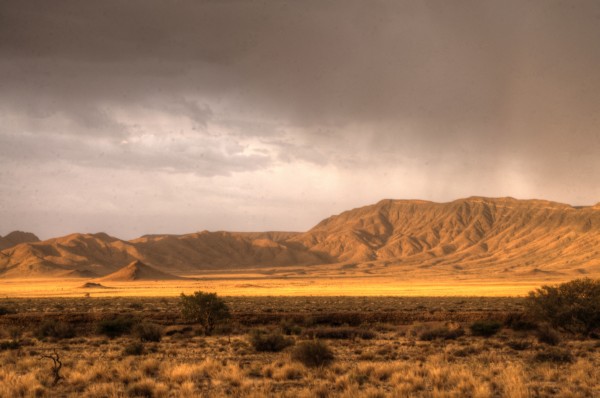