Today, September 11, was a day of service to the local community.  A group of Americans and Indians did some cleanup, painting, and entertaining of children at a local school for the mentally handicapped.  The idea was to get out and do something for the needy, either in honor of those who lost their lives on 9/11 or for other personal reasons.  Returning home exhausted, I was looking for a photo I had taken on September 11, 2006, holding a flag on the runway at Kandahar Air Base.  I never found it, but I did stumble across a video I made reflecting back on the 6-month Army deployment I did there from April to October, 2006.

Things were different in 2006.  Although nearly five years had passed since the attacks on 9/11, everyone was optimistic.  We still lived off the compound, in a lightly secured area behind the Embassy, and were shuttled daily to Camp Eggers in soft-skinned minivans.  We got permission to walk to the camp if we wanted, as long as we were in pairs and wore our helmets and flak vests, and I would laugh at the daily procession of U.S. Air Force personnel wearing their physical fitness shorts/shirts, with a helmet, flak vest and rifle.  We could walk off the camp and talk to the people in town.   You didn’t have to worry about Afghan military personnel gunning you down.

You could take a thin-skinned SUV and go pretty much anywhere in Kabul.  Or you could drive it out to the middle of nowhere and deliver donations to a village, and the elders would roast a sheep for you in thanks.

NATO had not yet assumed control of the mission when I arrived in April 2006.  General Eikenberry was still in the Army.  General McChrystal had not been fired, and hordes of Colonels had not been brought in to apply the lessons of Iraq.  There were around 35,000 troops in total in Afghanistan.  A team of my soldiers had preceded my deployment by a week, and a lone mortar  landed behind the Embassy shortly after they arrived in Kabul.  This was something that still made the news back then, and my boss instructed me to call all the next of kin and assure them that their kids or spouses were OK.

Suicide bombing was new and foreign to Afghanistan, and the Afghans were notoriously – as if on purpose – inept at it.  Less than 100 Americans had died in Afghanistan when I arrived – now the figure stands at 2,271, or 3,372 of all troop contributing nations.  There were 41 IED deaths in 2006, contrasted with a high of 368 in 2010.  Those deaths were still reported on the news back then.   Back then, we all knew why our troops were in Afghanistan. 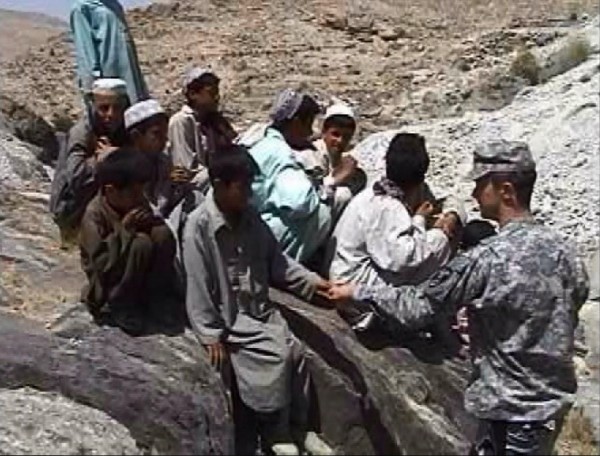 Shortly after I arrived, someone told me, “You go through three stages in Afghanistan:  optimism, realism, and then racism.  You want to try and be out of here before the third stage hits.”  I would return nine more times to Afghanistan in the next five years, and work for every theatre commander up to, and including, General Petraeus.  They all came in bristling with confidence and optimism, and knew what needed to be done, where there predecessors had gone wrong.  Although I often got frustrated or discouraged at the cyclical nature of it all, I never really reached the third “stage” of Afghanistan.

During that first tour, I would often shoot video to send back to my family – I wanted my kids, especially, to have an idea that what I was doing was important, was helping people, and was leading to a positive outcome.  In later years I would explain to them how the war in Afghanistan had come to be, as they grew older and could appreciate why it was necessary to ensure that Afghanistan could never again be a haven for people who would harm us.  Two days ago, my eldest daughter posted a picture on Facebook, where she is proudly wearing her Army ROTC uniform for the first time.

After I returned home in 2006, I cut those longer videos down to a 10-minute retrospective, which is what I watched today.  I noticed there were a lot of kids on the videos I took, and they all seemed full of hope, and they looked to us to help improve life in Afghanistan.

Here’s the final portion of that video.  I wonder where these kids ended up.  I know we’ve done our best, but I hope it was good enough.

Reflections of Afghanistan, 2006 from Tom on Vimeo.

This entry was posted in Afghanistan, Random Thoughts, Observations and Weird Stuff and tagged 2006, 9/11, Afghanistan. Bookmark the permalink.

One Response to Reflecting on Afghanistan, 2006