Every afternoon until well into the evening, at approximately half-hour intervals, you can hear an odd whistling sound loop in the village where we are staying, just outside of Weligama, at the southern tip of Sri Lanka.

At first I thought it was the “ice cream man” but eventually we managed to find the source as it passed through the village – it’s the local baker, delivering bread via a specially outfitted tuk-tuk.  Or apparently several – as we have seen a red version as well.  But they all play the same tune to alert people that they are passing by. 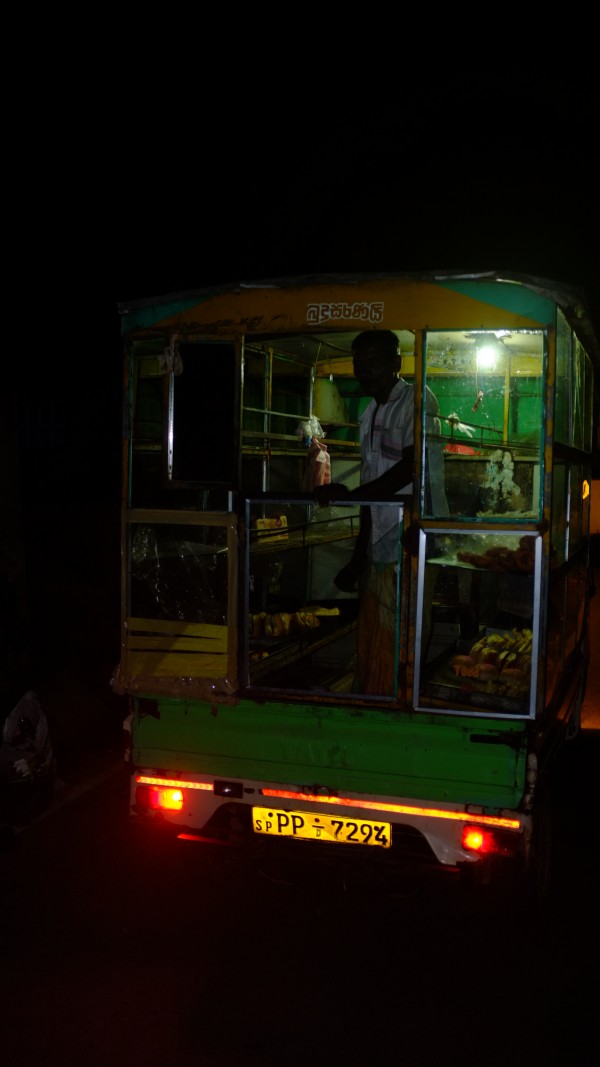 But here’s where I am asking for help:  does anyone know whether this is a standard loop that is used throughout Sri Lanka?  And if so, what is the source of the sound?  My wife says it reminds her of Kill Bill.  But to me, they sound different.  I’d be curious to know where they got it and how it came to symbolize the bread truck.

Here is the tune:  (link in case the media player doesn’t show up on your browser)

I did some Googling, and all I could come up with for Sri Lankan bread trucks was Fur Elise.  I think ours is much more pleasant.  Except for the fact that it reminds everyone of Kill Bill…