When I first arrived in southern India, I blogged about the “kolams” made by millions of women in India every day.  So it turns out this is also a competitive sport of sorts! Over the last four days, the Mylapore Festival has been ongoing, and one of its main attractions has been the kolam contest. [side note: Mylapore is a central suburb of Chennai, with arguably the city’s most famous temple].  In case you missed the previous post on kolams, women get up early every morning, and (typically) on the street just outside the home, they create an intricate design made of rice flour, on a freshly cleaned and watered surface.  The “kolam” (which in some parts of the country includes color and has different names) is thought to bring prosperity to the home. The busiest street in Mylapore is half blocked, and marked with 100 numbered squares, roughly 4 feet on each side.  The women gather at 3 pm and are allocated their square, and then the heated competition begins, surrounded by onlookers – and photographers. Each day there were 100 contestants – mostly Indian women. But I did spot one Western woman competing, as well as one Indian man. Could this be my one true calling? The patterns are generally all made by starting with rows of evenly spaced dots. Then the designs are filled in, either by connecting those dots or by going around them. The variety of styles was fascinating, and I have no idea how the judges managed to pick winners. 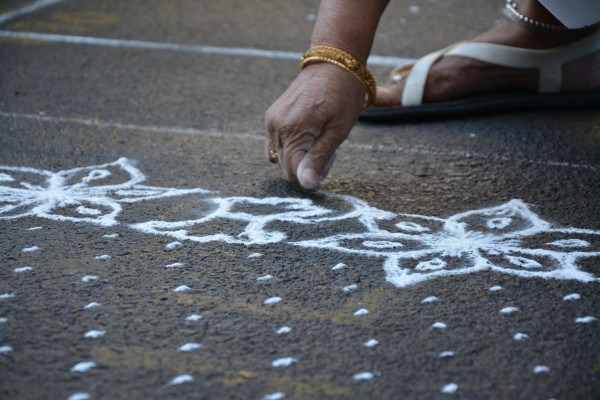 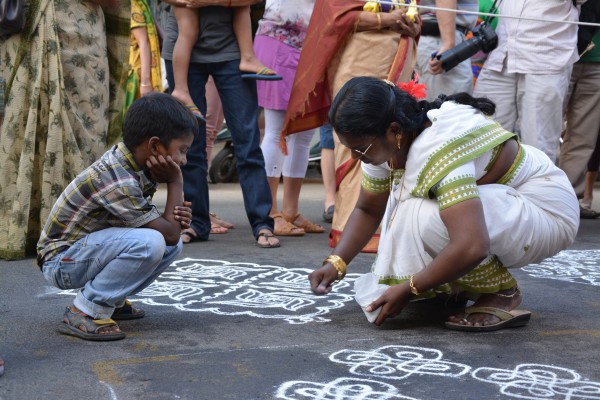 Meanwhile, just around the corner, a similar competition was taking place for youths.  The crowds were not as large, but the pride in workmanship certainly was. 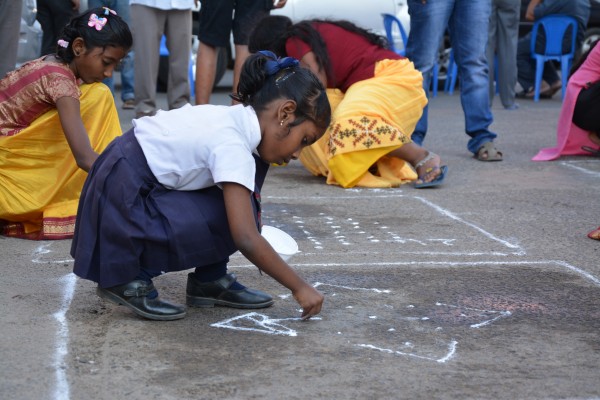 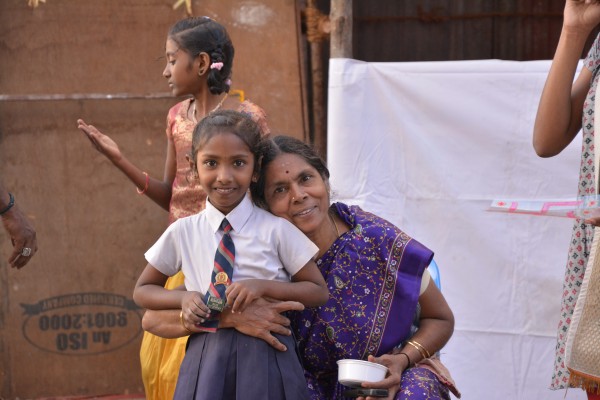 Want to see more? Here’s a video one of my fellow photographers posted of the same event:

After checking out the kolam competition, I saw another surprise.  A man was handing out 8-inch lengths of sugar cane to a group of kids.  A man noting my curiosity explained that it was a competition to see who could strip the bark from their stick the quickest!  The winner got a nice print of Mylapore. I wonder what they’d think of some of the activities at an American “County Fair”?