“Blessed:” My Entry for the “India Is” Video Contest 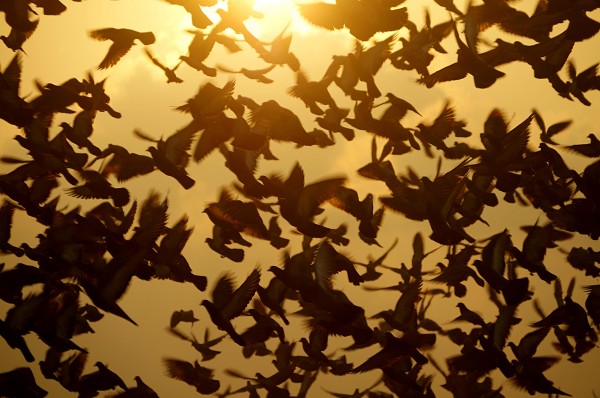 All living things love their life, desire pleasure and do not like pain; they dislike any injury to themselves; everybody is desirous of life and to every being, his life is very dear.”

–  from the Yogashastra (Jain Scripture), from around 500 BC.

While on an early morning photowalk at Marina Beach in Chennai, India, I saw an amazing sight.  Thousands of pigeons, swirling in the early morning light.  As photographers, we were captivated, and others passing by also stopped to have a look.  Marina Beach is surprisingly crowded at sunrise. 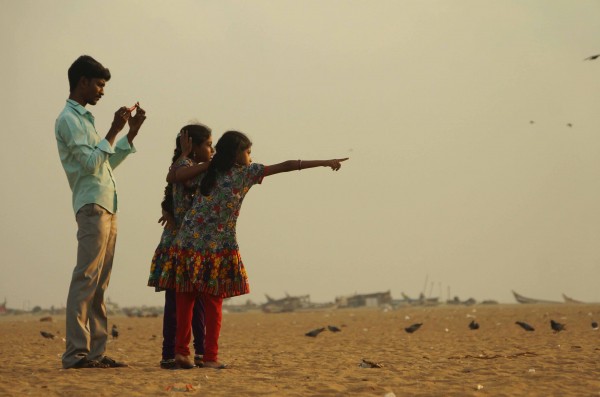 The pigeons made for great pictures. But I was interested in the people feeding the pigeons.  There had to be more to this, beyond just wanting to feed the birds.

It turns out that these were Jains, adherents of one of the world’s oldest surviving religions.  Joined by others they have inspired – from multiple faiths and communities – they gather every single day starting at 5 am to feed nearly 10,000 pigeons, as well as crows and stray dogs. Think about that – how often do you get up at 5 am?  They are at the beach at 5 am every single day.

Jainism prescribes a path of non-violence towards all living beings and emphasizes spiritual independence and equality between all forms of life.  Jains also believe in karma, the purity of the soul, and that reality and truth are perceived from multiple perspectives, and no single view is complete, as illustrated by the well-known parable of the blind men and an elephant.  They believe in looking after their fellow living creatures, no matter how humble or insignificant.  Pigeons hold a special place in Jainism (read this story for an example).

So every day, the first couple of guys arrive in an auto-rickshaw, or “tuk-tuk”, and they carry 50-kilogram sacks of grain out to the sand.  Six of them.  Costing about 8,000 rupees, or US$ 130.  They lay out a design in the shape of a swastika – a Jain symbol of auspiciousness since thousands of years before Hitler corrupted this symbol for his own ends.  Then as others arrive, this symbol gets filled in with grain.  Visitors like me are invited to take part, to share in the service.  Then they sit and wait for their guests to arrive.

This happens every single day of the year.  In any weather.  I thought it was pretty amazing, and decided to make a short documentary about it.  I’ve entered it in the “India Is” video contest hosted by the Indian Ministry of External Affairs.  With lots of helpful feedback from my family, I think it turned out pretty good.

For more pigeon photos from the beach, you can check out this set on Flickr.

4 Responses to “Blessed:” My Entry for the “India Is” Video Contest