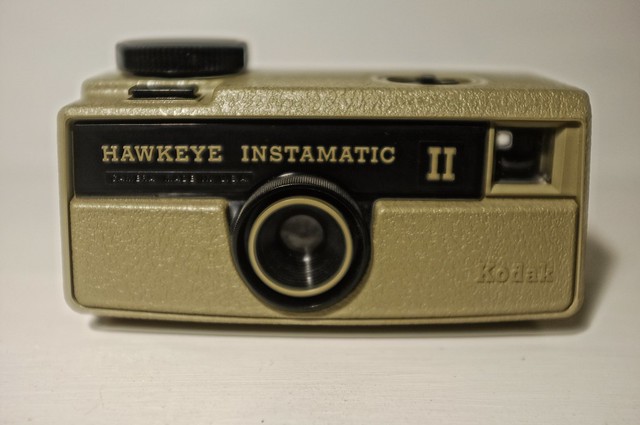 I ordered one of these for a few bucks on eBay because it combined two things I like:  old cameras and found film – i.e. an undeveloped 126 cartridge was  still inside the camera, according to the seller. The Hawkeye Instamatic II was one of many “instamatic” cameras sold by Kodak in the 1960s and 1970s.  Most were simply constructed, with a cheap, single element lens and few adjustment points – you popped in an easy-to-use 126 cartridge, and other than an advance lever, it was basically point and shoot.  For indoor shots you could add flash cubes.  Like many of the cameras Kodak made over the years, the point was to get cameras in everyone’s hands, because that meant more film to be bought and developed. 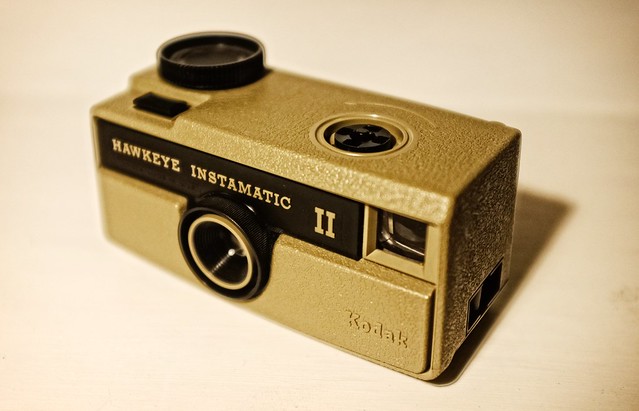 I was not optimistic about the likelihood of salvaging any images.  126 film comes with a number of challenges.  I believe it’s overall just cheaper film – no proof, but the images I tend to get are not as good as other film that’s the same age.  It’s also tricky to break open the cartridge, but if you bend it back and forth and then head into complete darkness once the plastic welds are broken you can usually get it out intact.  And finally, because the color dye is usually no good anymore, I tend to develop it in black and white chemicals, but it ends up too dark to scan – so I have to photograph the negative in front of a bright light and spend some time with Photoshop getting the image, which is never anywhere near as sharp as a scan would have been.  For example, this is how a photograph of the negative looks: 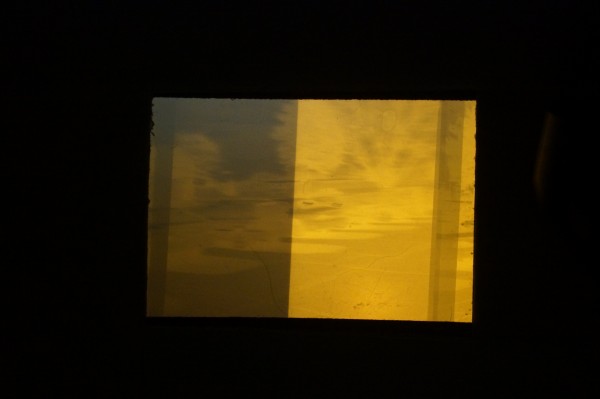 Once you straighten it, crop it, reverse the image and then remove the blue tinge and play with the contrast to make the image stand out more, you can end up with something like this: 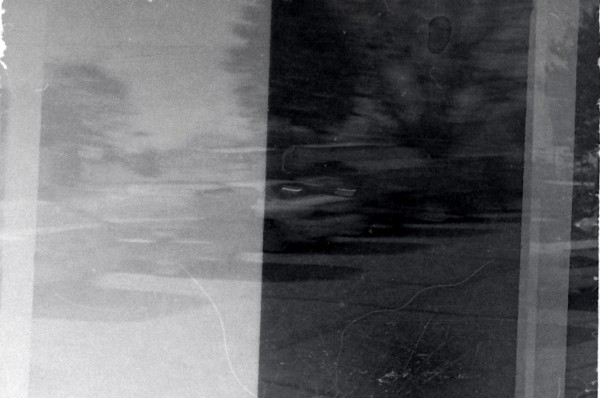 I managed to get four usable images from the roll. 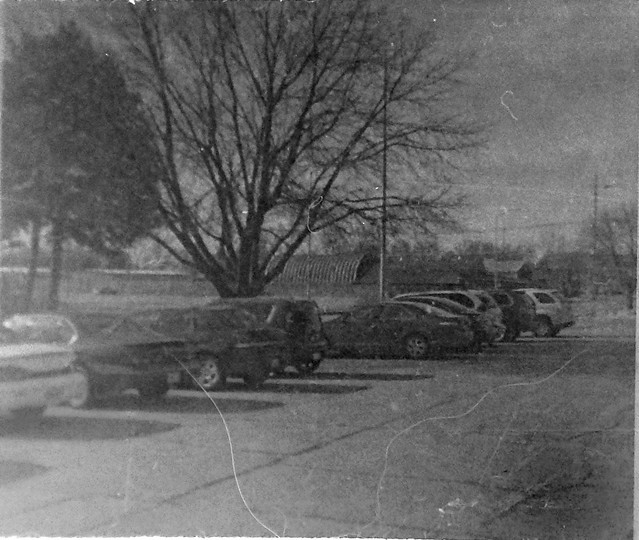 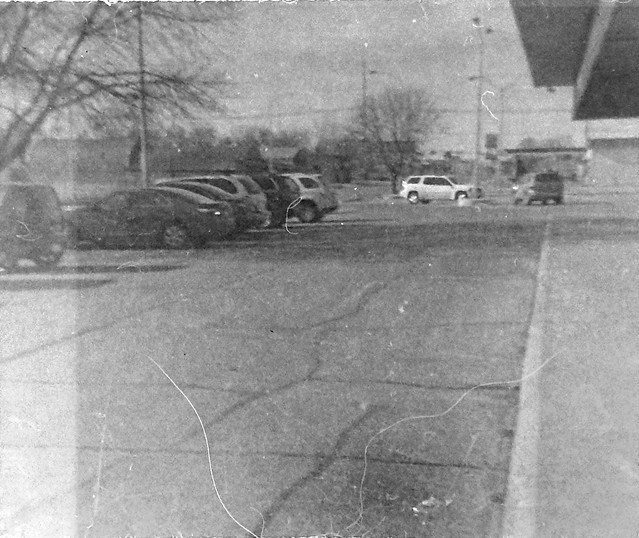 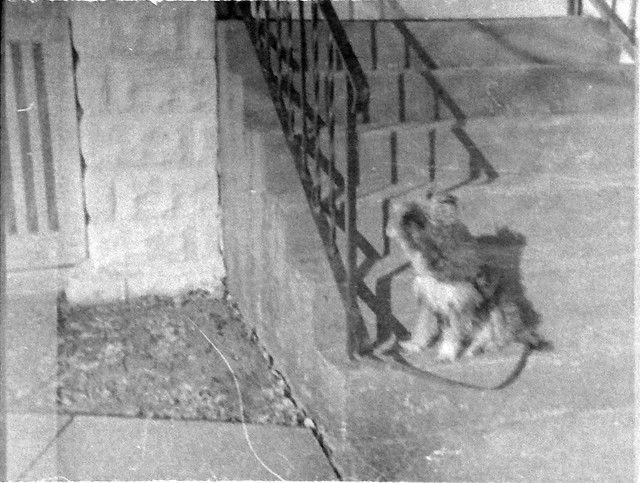 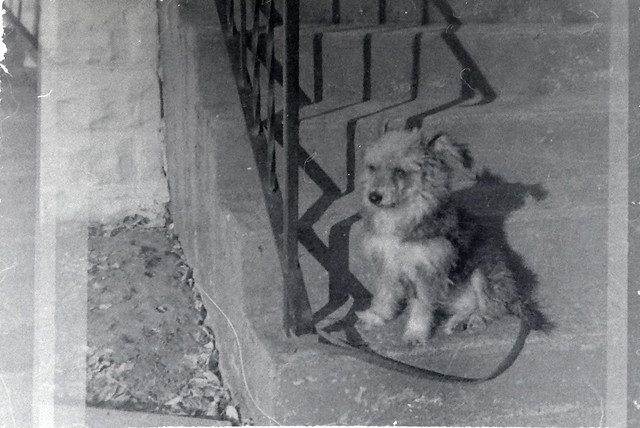 It appears that the last roll of film was run through this camera well after its 1969-1975 manufacture date, judging from the cars – but the images are still pretty tough to make out. But it is still possible to use the camera to take pictures using 35mm film, using the steps in this explanation, for example.  You can’t get the flash cubes anymore, but people pay good money these days for plastic cameras with cheap lenses to take artsy lo-fi pictures.  But you can pick them up for under 10 bucks on eBay if that’s your thing.