Caprivi is for the Birds

Caprivi is that northeasternmost region in Namibia that looks so odd on a map.  I’m sure there is a really interesting historical reason dating from the colonial days for Caprivi being part of Namibia.  But for now it just sticks out there, too thin to really even qualify as a panhandle.  It borders Angola, Zambia, Zimbabwe and Botswana and it’s chock full of waterways and birds.  Check these out: 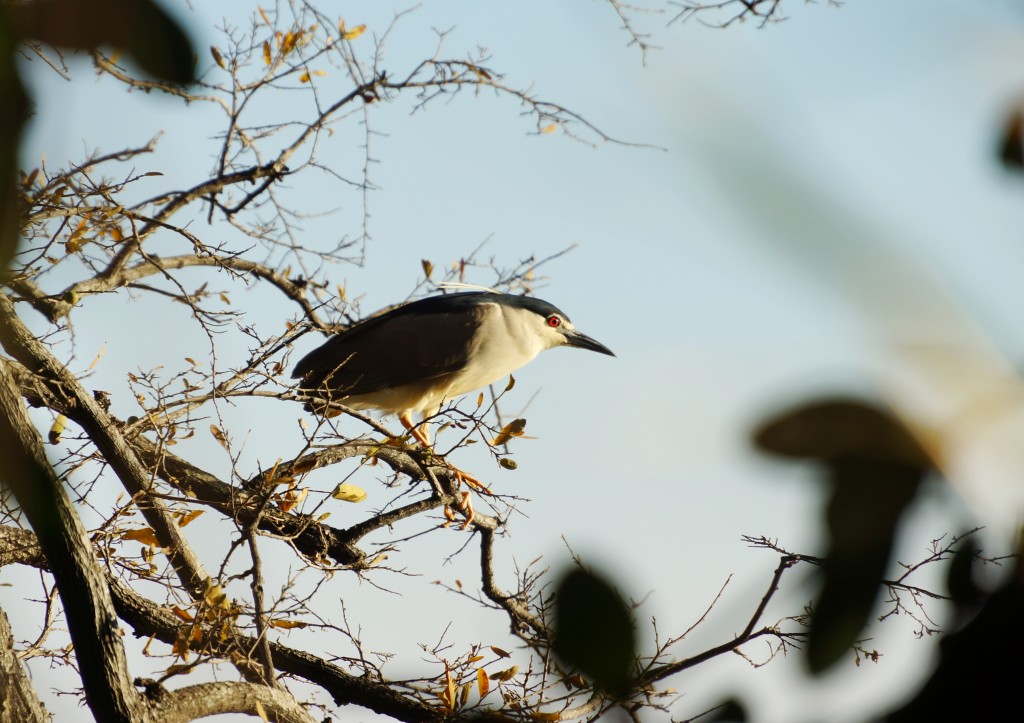 Behold the “black-crowned night heron”, above.  The night heron is a nocturnal hunter that roosts in trees along the river.  Or the lilac-breasted roller, below.  When it flies, you see a flash of brilliant blue and black stripes on its wings. 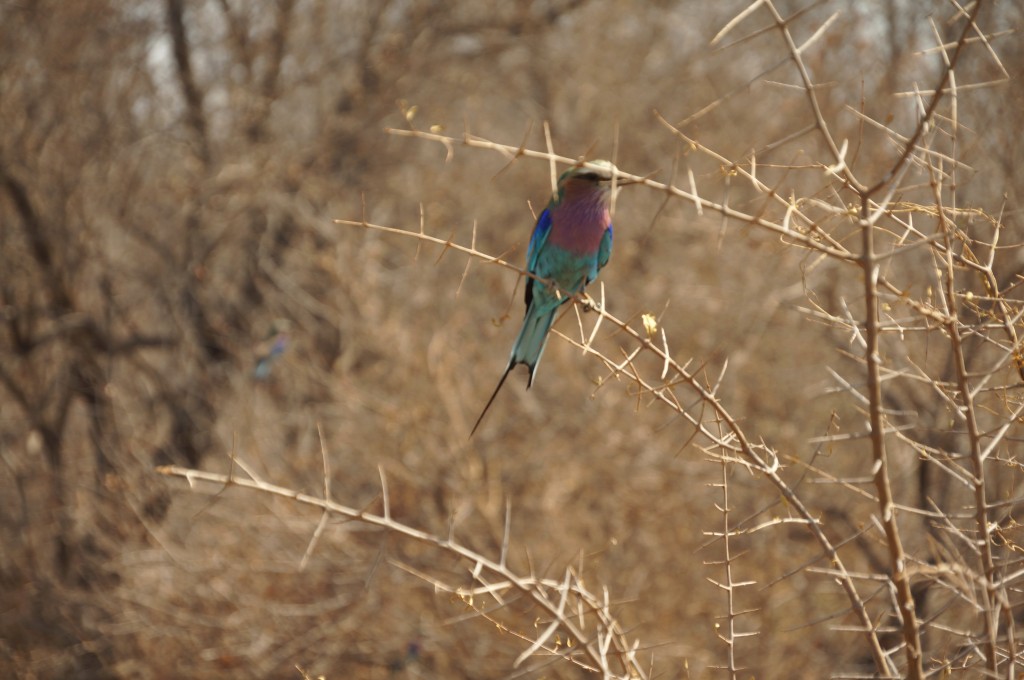 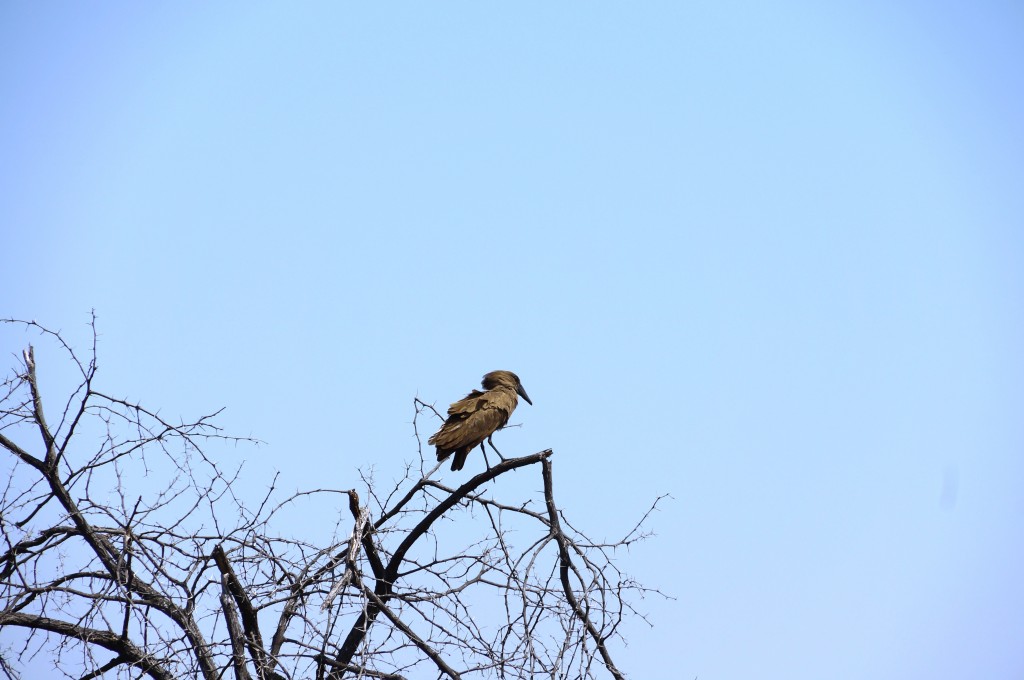 The hamerkop is an odd waterbird that builds a huge condo – er, nest.  And everywhere are “little bee eaters”, shown below.  One of the most common bee eaters, but still cool to watch.  And they do eat bees, apparently. 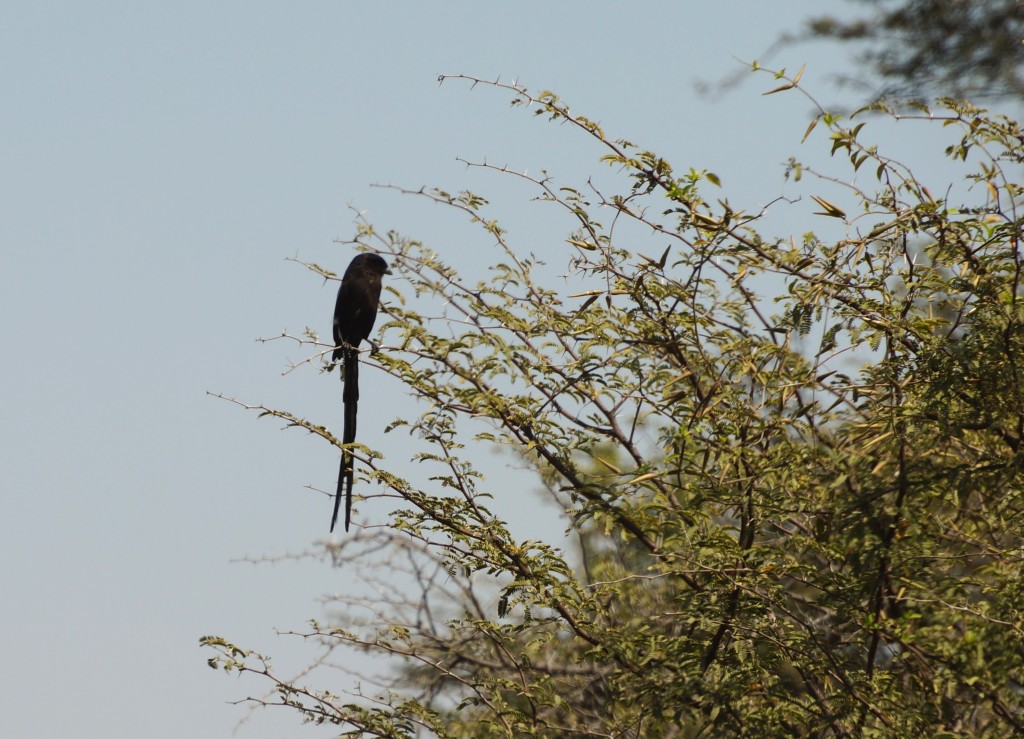 Then there’s this odd one – the magpie shrike.  Not to be confused with the crimson-breasted shrike, which I’ve seen in other parts of Namibia, but is usually difficult to catch on camera. 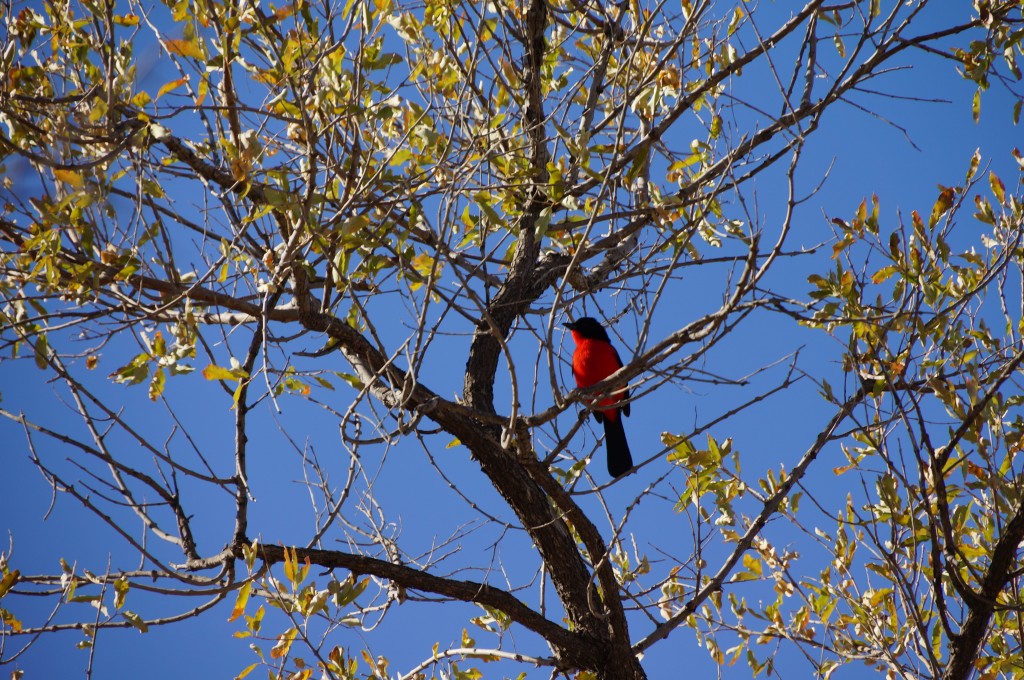 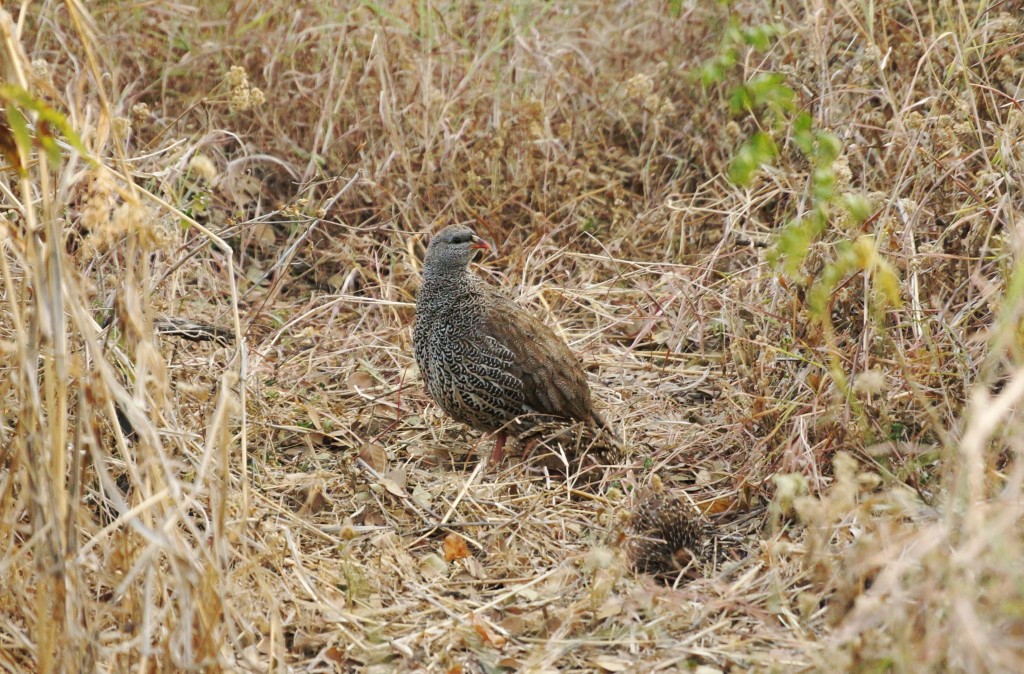 This natal spurfowl with chicks was hanging out in the Victoria Falls park, down by the viewing area where you can see the bungie jumpers on the bridge.  And below, a squacco heron we spotted in the marshes.

Finally, saving the best for last, here’s a marabou stork settling down for the night, and a white-backed vulture.  There were hordes gathered around a freshly-killed buffalo.  Yet none of them had white backs…. 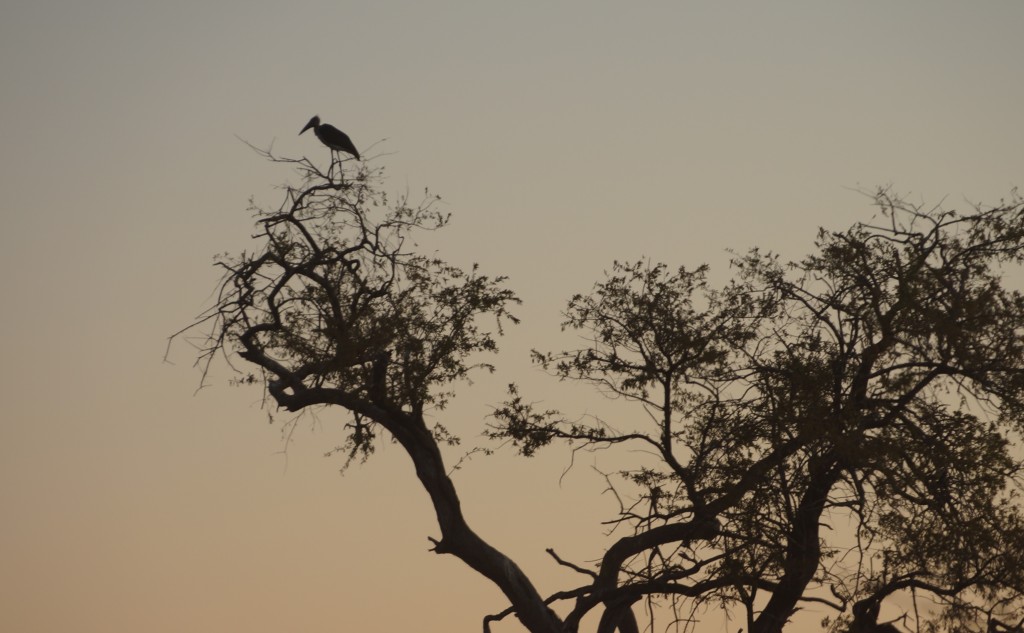 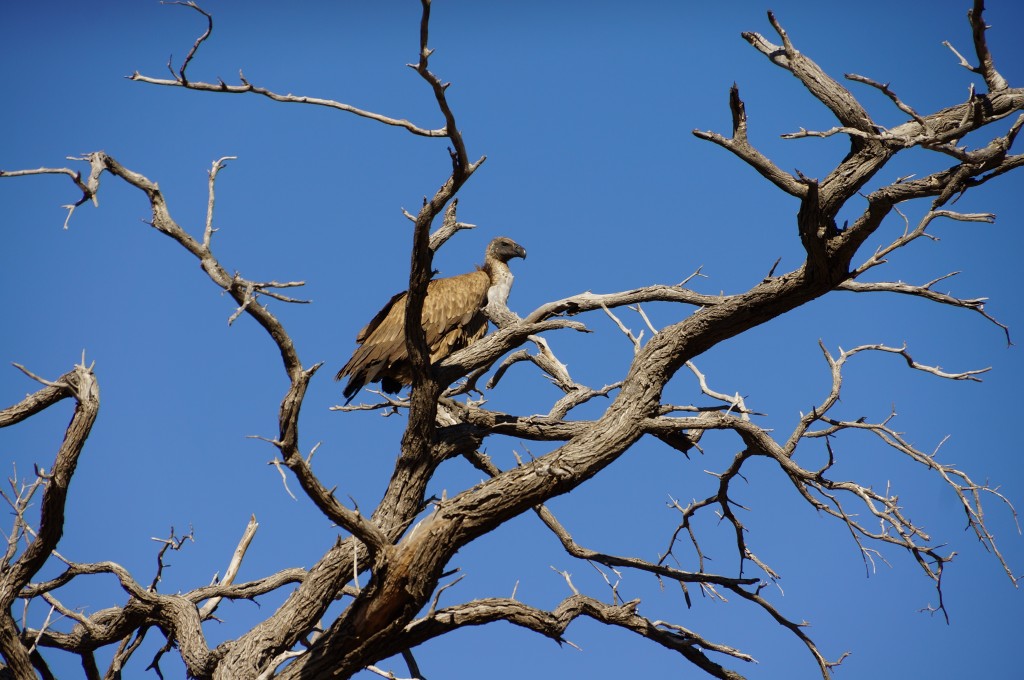 One Response to Caprivi is for the Birds