Found Film: Check out my Hat

Here’s a fun thing to do.  Well, I think it’s fun.  Most people I talk to just give me an odd look when I tell them about “found film”.

Occasionally on eBay you’ll see a listing for “exposed film” from an unknown age and camera.  Or, like what happened to me, you’ll find a roll that has inadvertently been left inside an old camera.  And then you wonder what memories might have been captured by someone, maybe half a century ago, and simply forgotten.

So here’s a roll we found inside an old Ansco B2 Cadet.  This is a box camera manufactured in the 1940s – no telling when the photos were taken. 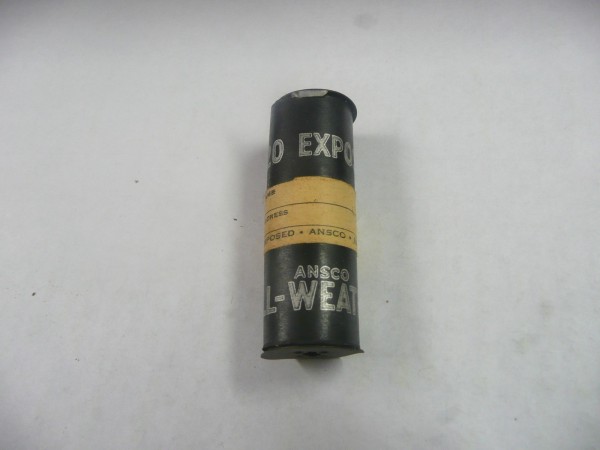 There were only a few good photos on the roll, likely due to age.  Back then you would snap 8 pictures I guess, and just hope for the best.

The picture is very dim, but were these to little guys posing with mom?  Are they siblings or just best friends?

Whatever the case, the one little guy seems pretty proud of that hat.  I would be too – it’s pretty snazzy!  And I love how they used the rule of thirds, even way back then.

This entry was posted in Found Film, Vintage cameras and tagged agfa b2 cadet, ansco, black and white, found film. Bookmark the permalink.

2 Responses to Found Film: Check out my Hat