One of those small 110 cartridges people used to put in “pocket instamatic” and other miniature cameras in the 1970s and 1980s came into my possession the other day.  All twelve pictures had been taken.  No idea whose it was originally – it was probably found in an old camera picked up at a garage sale somewhere, and then someone decided they could get a couple of bucks for it on eBay – which is how it came to me.  I am always curious to see what comes out of “found film” rolls, though I tend to prefer older ones.  I believe 110 film is still being produced for “lomography” enthusiasts, and there are posts on the internet saying that Walgreens and a few other remaining film developers will process this type of film.  That doesn’t help me though, as I’m not anywhere near one of those. 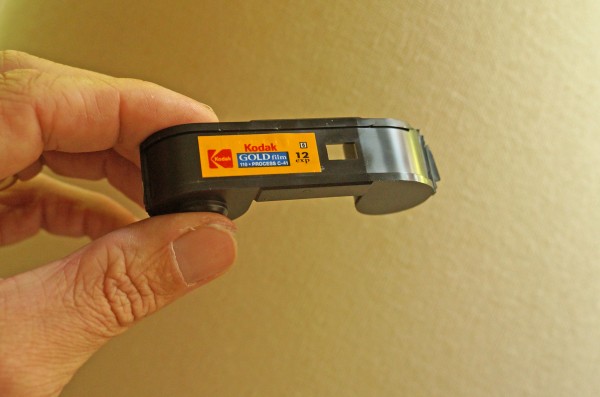 One of the main drawbacks of 110 film is that it’s so small – meaning that it can capture limited detail which becomes grainy when enlarged.  The negatives are just over half the length and width of a standard 35mm frame, which makes them good for use in a model rocket, but generally the cameras that used this film were not of the best quality.  I broke open the cartridge inside a changing bag, not knowing what I would get, and found (by sense of touch) about a 14-in strip of negatives, rolled up with backing paper inside one end of the cartridge.

Now the question was how to develop it.  I have an old tank that is resizable to different film sizes, but the smallest size it can hold is 35mm.  So I got some copper wire (from the inside of an old coaxial cable) and made little brackets, spaced out far enough so that I would be able to push the film through them in a spiral shape, by sense of touch, inside a changing bag.  This is what it looks like: 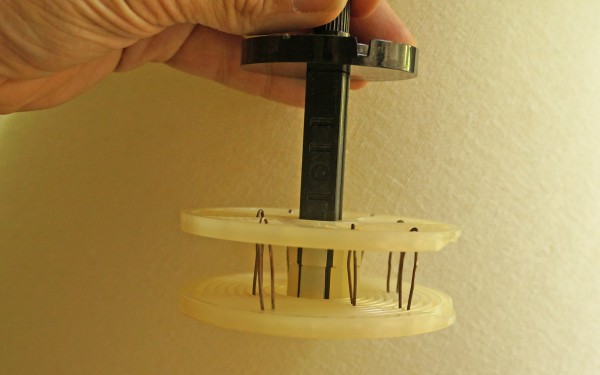 It turns out that the copper reacts with something in one of the color photo processing chemicals – it turns black – so no telling if the chemicals are still good.  I used them toward the end of their shelf life.  Suffice to say, despite some struggles inside the changing bag, it ended up working – I had clearly visible images on the negative!  Next, I had to figure out how to scan it – nothing too difficult, just some work with masking tape.  You have to tape it where the holes are, as the film is so small there is no real edge to use – but the holes line up with the gaps between exposures.  Here you can see it mounted on a holder for 35mm film, which also gives an idea of the relative film size: 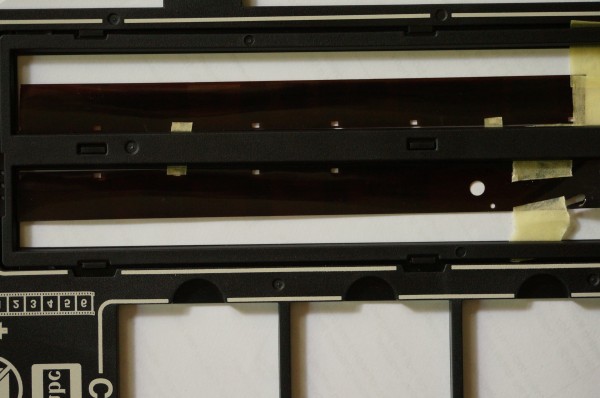 The images themselves are interesting – a bit morbid as graves feature on a number of the photos – mostly blank –  but there is a WWII grave on one with a name I can’t quite make out.  It’s hard to say what year this roll was taken, as I have not been able to figure out when Kodak stopped making “Kodak Gold” without any ASA markings, and only 12 exposures – the most common was Kodak 400 24 exposures.  So if anyone wants to help narrow this down or has any feedback on the content, that would be great.  I’ve posted all 12 photos in the order they appeared on the roll in case it helps solve any mysteries. 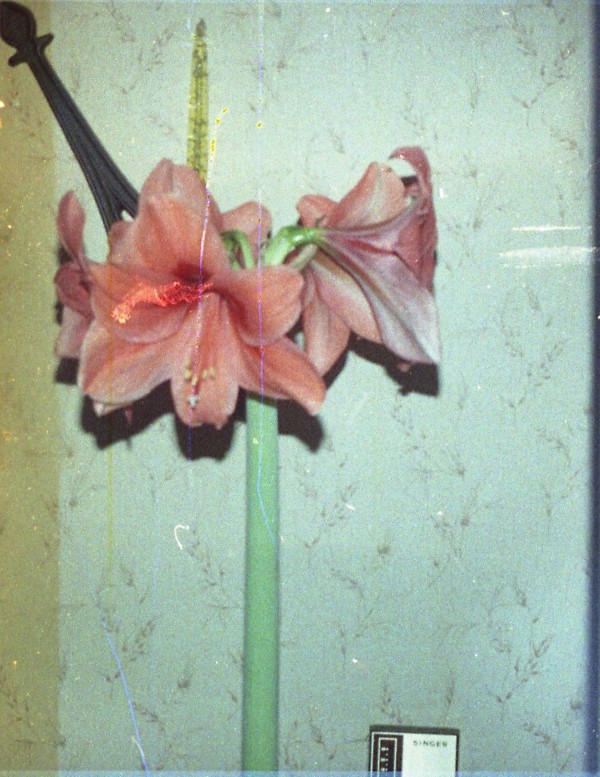 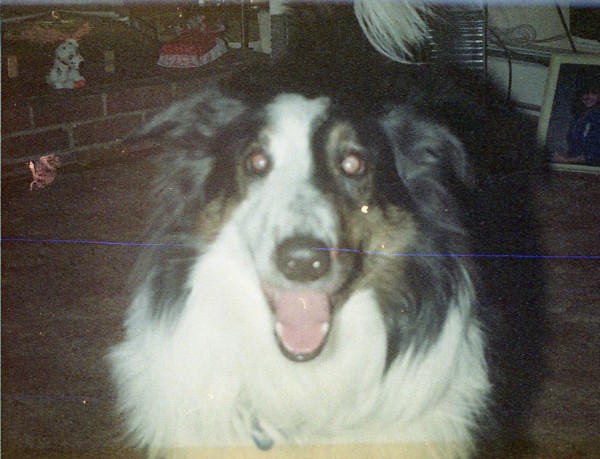 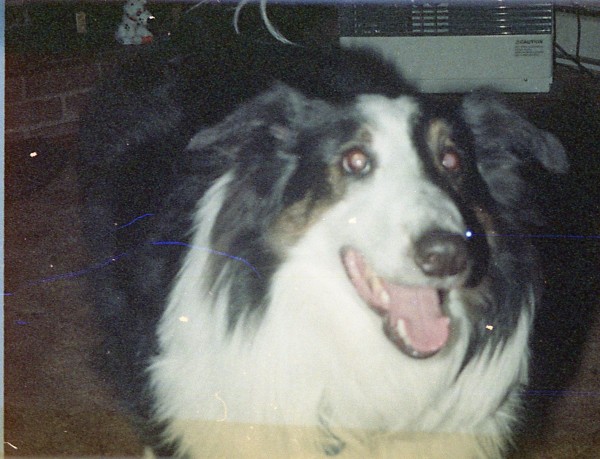 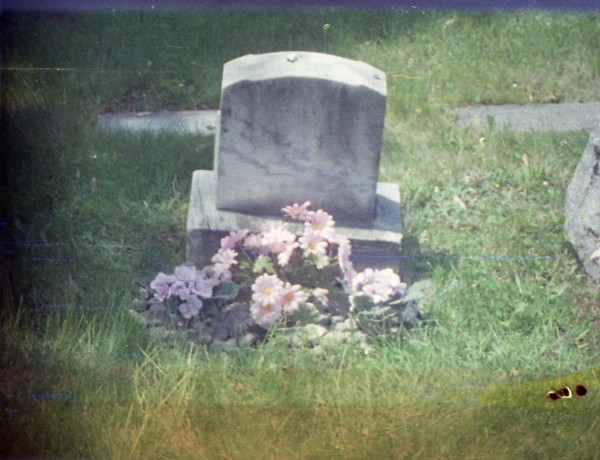 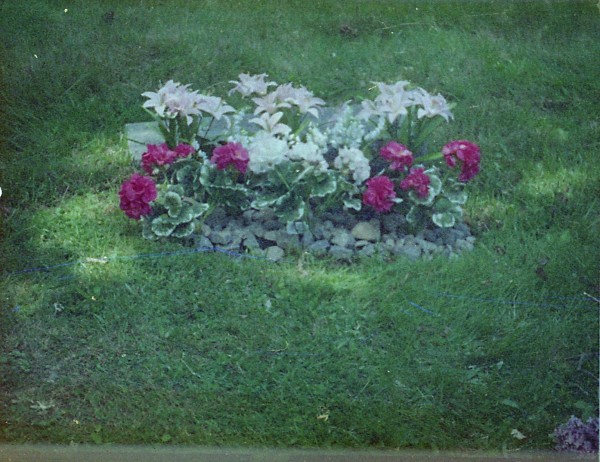 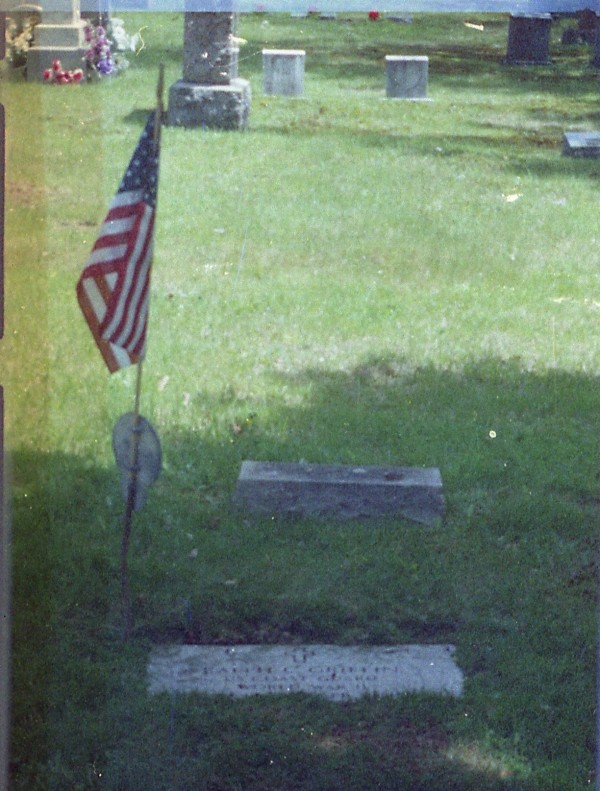 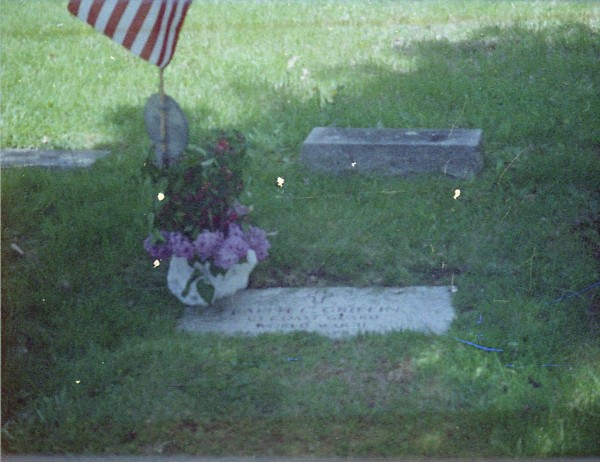 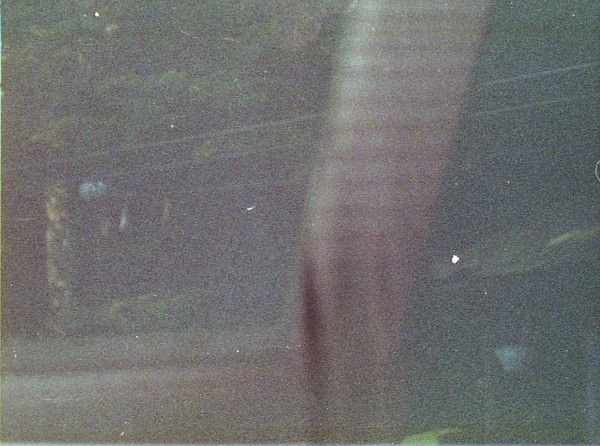 This entry was posted in film processing, Found Film and tagged 110, found film. Bookmark the permalink.