In previous posts I’ve talked about the “ghats” of Varanasi.  People keep asking me, “What exactly IS a ghat, anyway?” 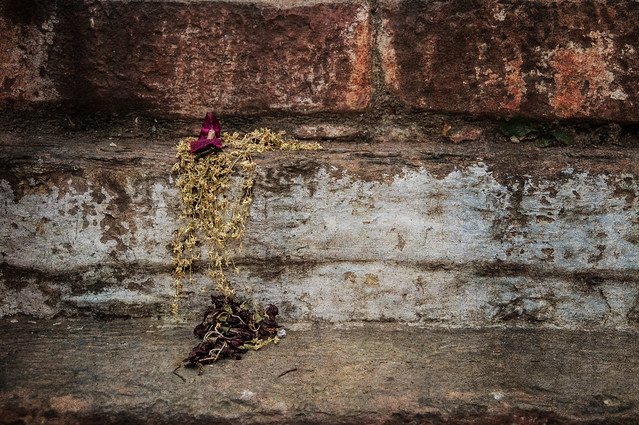 Basically it’s a series of steps leading down to the river.  We spent hours walking along the ghats. And not just because walking parallel to the stairs is much easier than walking up and down them. But we observed first-hand that the nearly 100 ghats of Varanasi are used for lots of different things.  Some are used for kite flying: 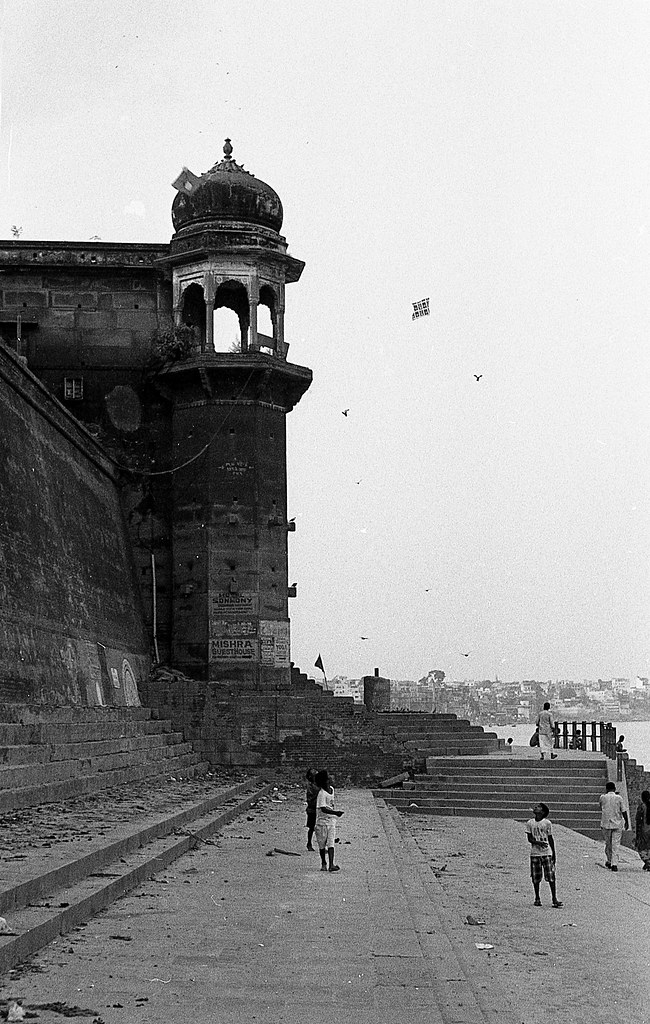 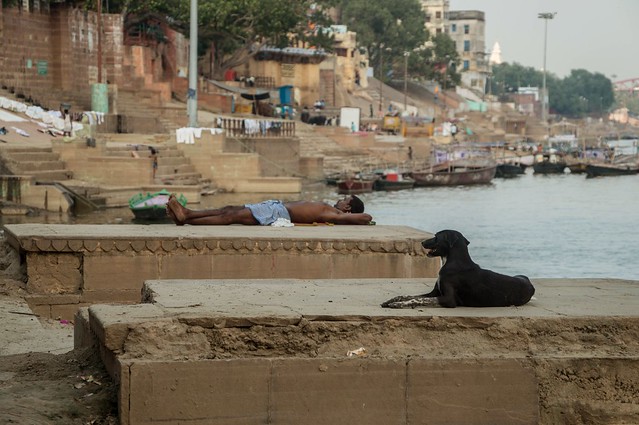 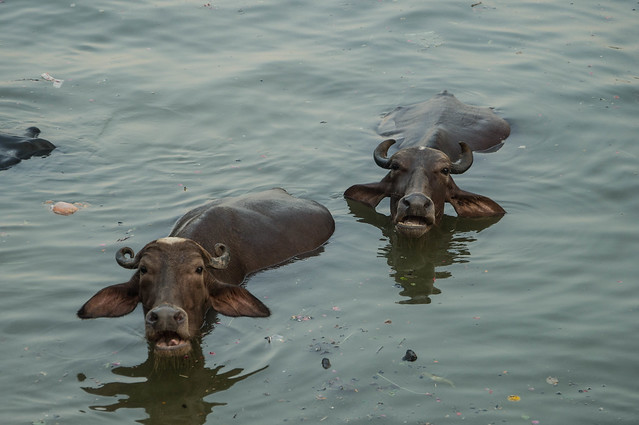 Playing marbles with a friend: 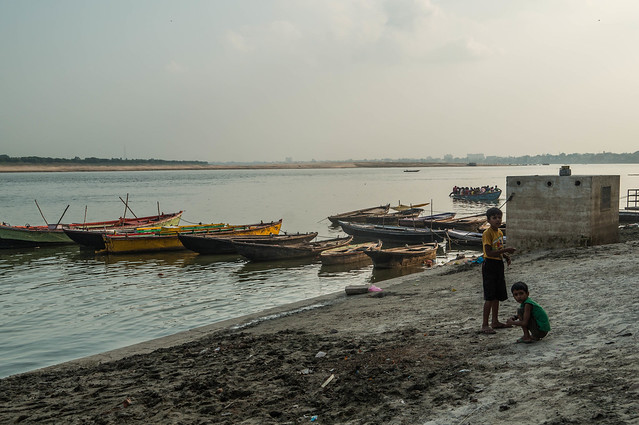 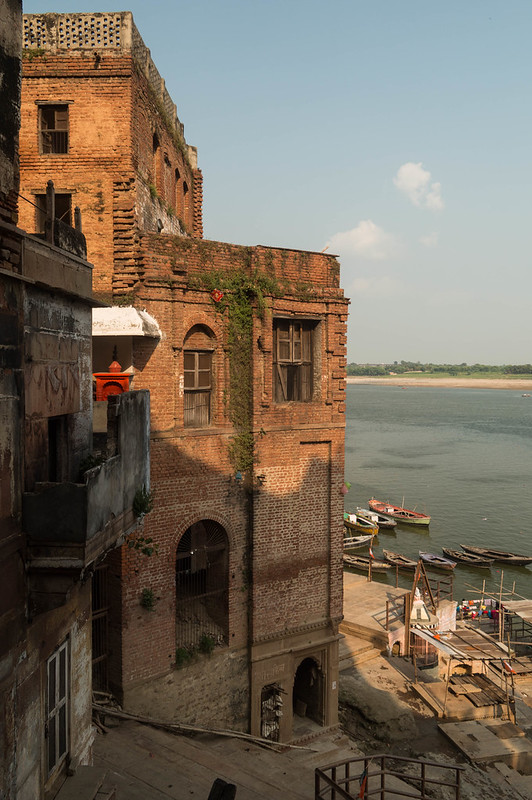 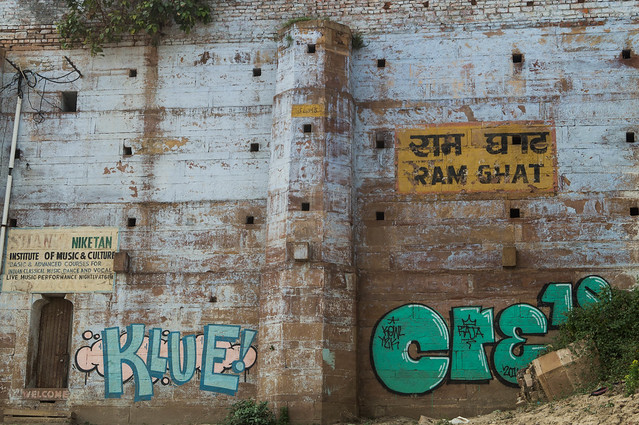 Having a chat with the neighbors from your window: 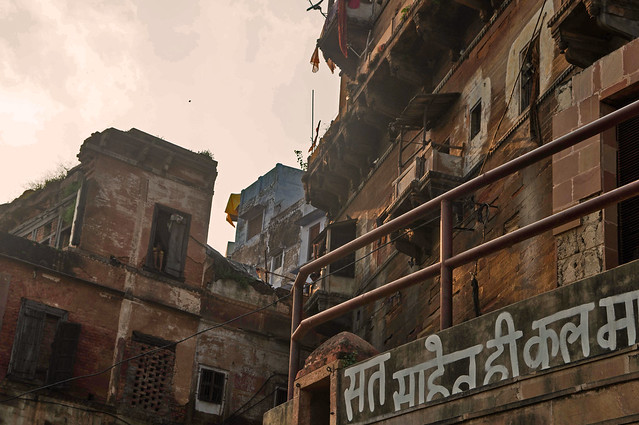 Or grooming each other: 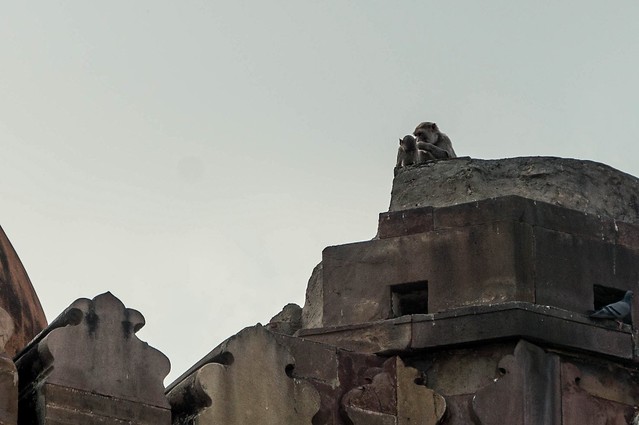 Among the many impressive buildings that overlook the ghats, and the Ganges, is the Alamgir Mosque – a colossal building which is said to be the largest building built on the banks of the river.  We were greeted by the mosque’s caretaker, Rashid, who explained the history of the mosque, as it had been handed down to him by his father and grandfather, who had also been caretakers. 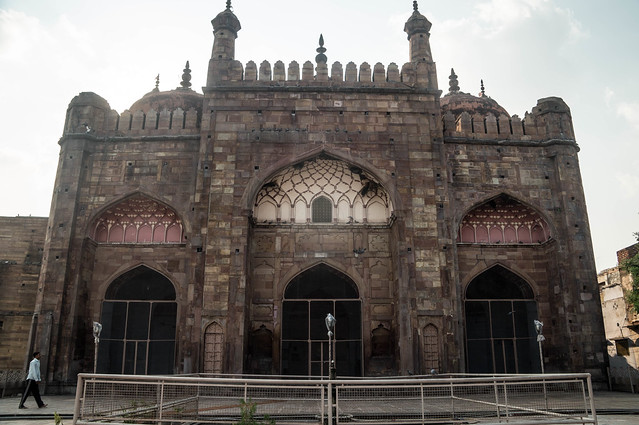 If you look carefully at the photo above, you will see where two minarets once rose from either corner. Rashid explained that one of the minarets had collapsed in the 1940s, and then years later, the Indian government had removed the other out of fears it might be growing unstable as well. At this link you can see how it looked with both minarets.  Although the vast majority of the people living around the mosque are Hindu, there are still enough people to make it an actively used mosque. 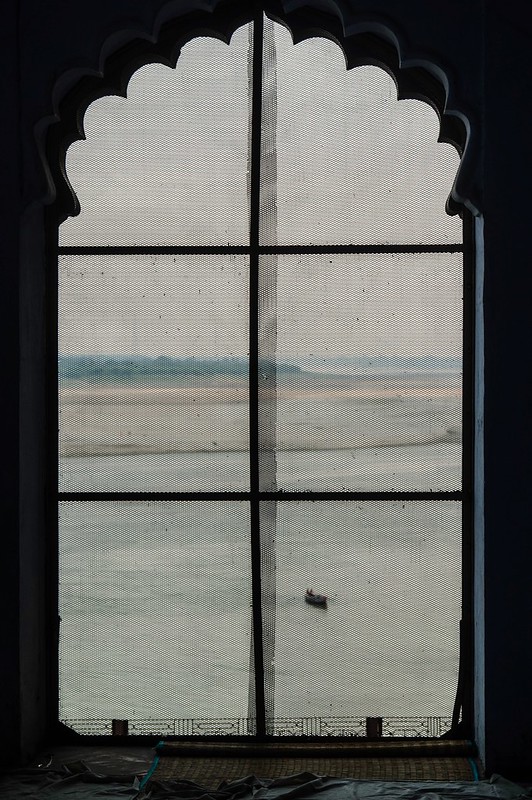 This is the third in a series of posts about our trip to Varanasi.  See previous post“Varanasi by Night”; “Death on the Ganges.” or “Varanasi:  In and Around Town.” You can also browse other Varanasi photos in my Varanasi album on Flickr.

One Response to Varanasi: Walking the Ghats