Varanasi: The View from Mother Ganga

Varanasi, India is, one of the oldest continuously inhabited cities in the world.  Also known as Benares, Banaras or Kashi, the city’s identity is inseparable from the River Ganges, along whose left bank the city of just over 1 million residents is nestled. 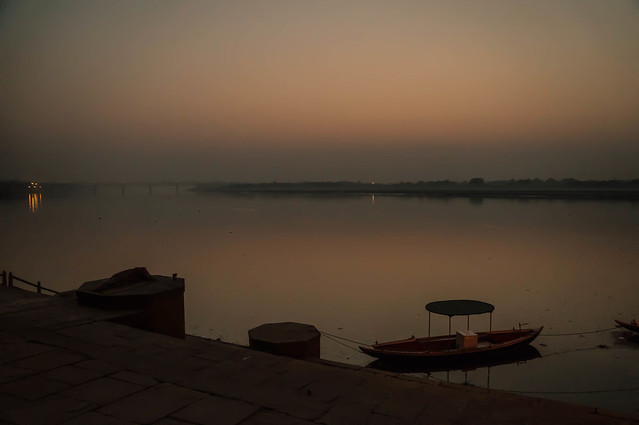 If you visit Varanasi, one of the experiences not to be missed is the early morning river cruise.  Many hotels, like ours, will offer this for free so you don’t have to hassle with the local boatmen.  We met at the boat around 5:30, well before the sun was visible, and slowly headed upstream. 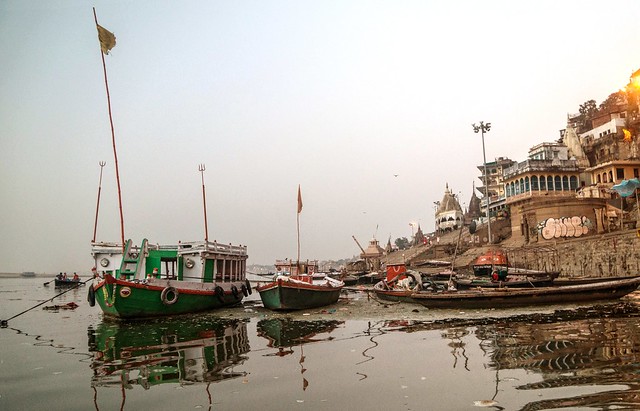 As we were visiting the city during a major Hindu festival, there was more debris in the river than normal, and much of the smaller bits of refuse that was the byproduct of countless rituals performed upriver would coalesce and form a scum where many of the boats were tied up. As the morning activity picked up, most of this was jostled around and began to be swept downriver. At the same time, people were beginning to gather at the various ghats (stair approaches to the river) to engage in the variety of activities that are carried out each day along the banks of Mother Ganga. 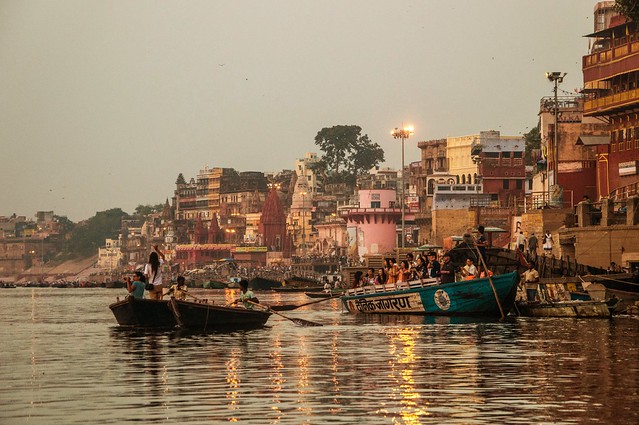 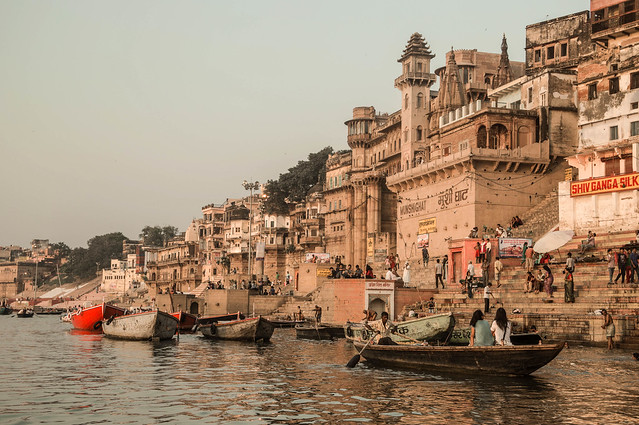 Merchants were already bringing fully loaded boats to contribute to the vast amount of wood required for the funeral pyres that burn upriver 24 hours a day. 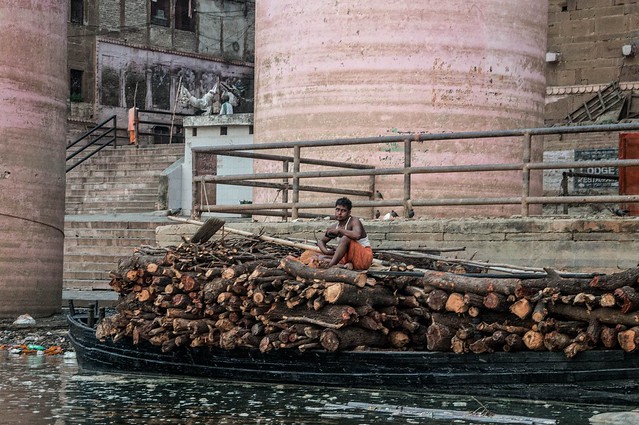 Some of the sadhus, or Hindu holy men, who have congregated in this city in search of moksha, or the release from the endless cycle of death and rebirth, can be seen walking along the river. Pictured below is one of the more frequently photographed sadhus – in fact, if you type the word in google images, you’ll be able to pick out a number of photographs of him. 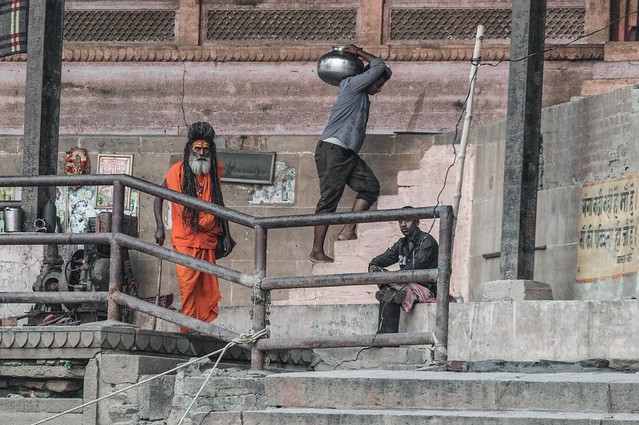 As the people began to congregate at the various ghats along the river, so too did the number of boats carrying tourists continue to grow. Sometimes the other tourists were more interesting to watch than the activity in the ghats. 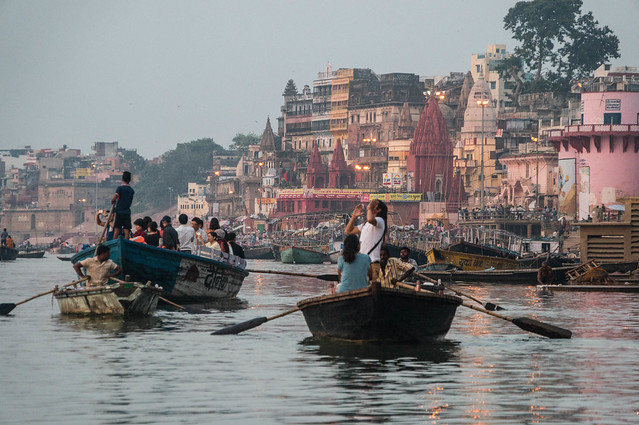 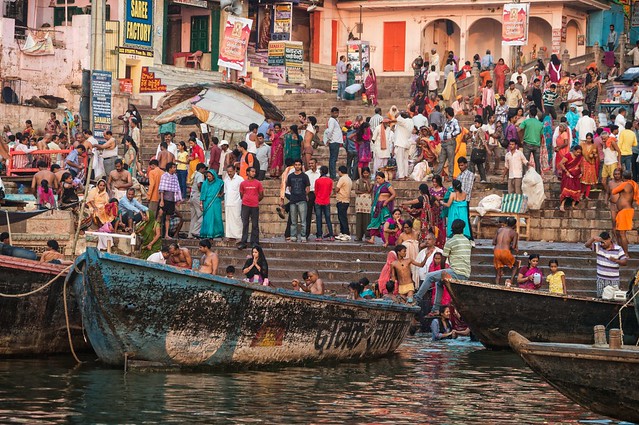 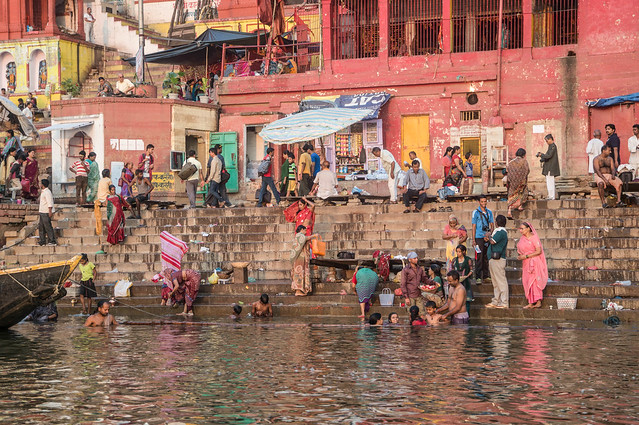 As the sun rose over the opposite bank of the river, it bathed everything in an orange light that made for excellent photographic opportunities. 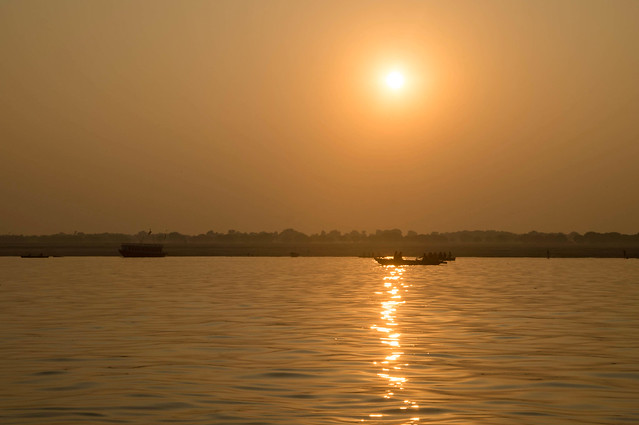 Eventually, as the sun continued to rise, our boatman allowed his oars to rest in the water, and the current of Hinduism’s most spiritually important river slowly began to carry us back downstream.

As we headed back, I snapped a few photos with another camera, using black-and-white film. As it turned out later, I had made a mistake re-loading a roll of film and ended up with a roll of double exposures. I thought a couple of them turned out kind of cool, and throw them in at the end of this post. 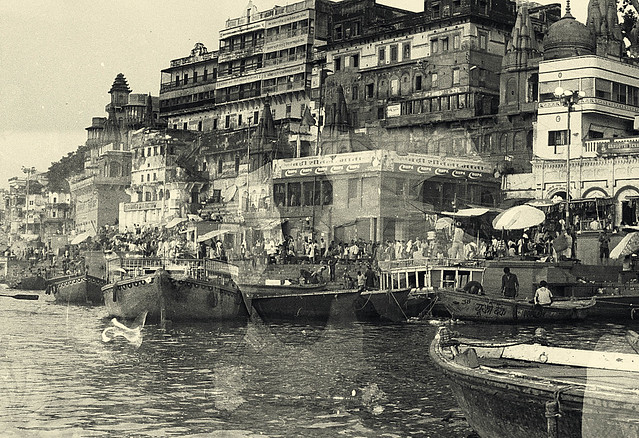 This is the fifth and final post in a series about our trip to Varanasi.  See previous posts“Varanasi by Night”; “Death on the Ganges.” or “Varanasi:  In and Around Town.” or “Varanasi:  Walking the Ghats”.  You can also browse other Varanasi photos in my Varanasi album on Flickr.