The last couple of weeks, the National Capital Region has been all abuzz about the annual return of the cherry blossoms.  I blogged about it the last time I was in the area for a few months, back in 2011, and so I thought it would be good to check it out again this year.  Only this year, it would prove to be much more difficult.

I tried driving into town one afternoon and found the crush of pedestrians as dusck approached to be so overwhelming that I turned around and headed back home.  So I decided instead to try an early morning foray into the capital.  I arrived shortly after dawn, and started out snapping a few pictures on the National Mall before heading over to the Tidal Basin.  I should have taken as a hint the number of photographers on the mall. 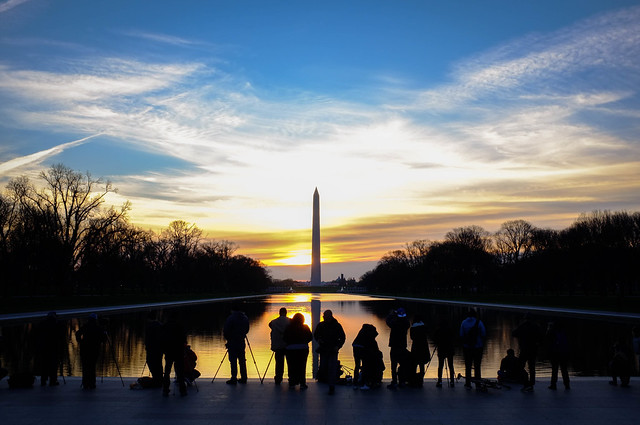 When I got over to the Tidal Basin well before 8 am, I was shocked at the number of people already there. 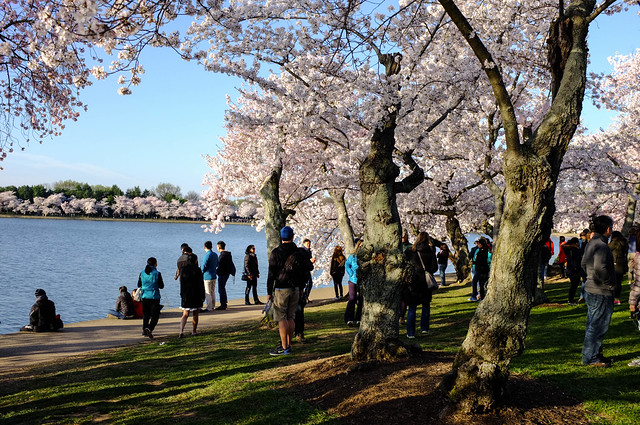 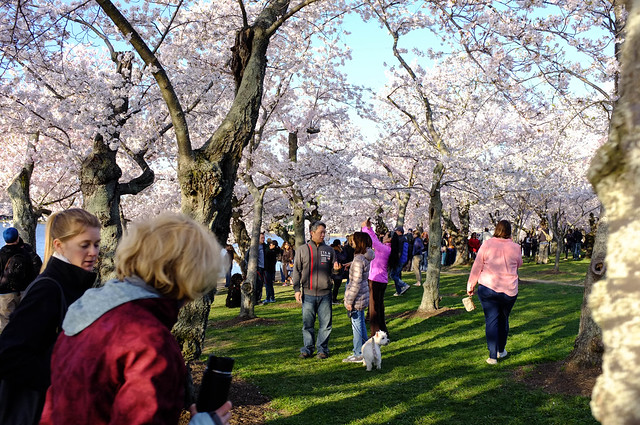 In all directions, people were pointing cameras.  Posing in front of the water, photographing the trees above them – every imaginable angle and camera type.  Honestly, I wasn’t completely sure what the fuss was about – being in this grove surrounded by other people was anything but magic.  It turns out that, in addition to the cherry blossom “peak”, it was also spring break for many schools.  Impossible to get a decent photo of anything involving cherry blossoms.

So a few days later I decided to try again.  This time I arrived well before dawn.  I snapped a few night shots at the Vietnam Memorial and headed once again to the Tidal Basin, arriving a quarter hour before “official” sunrise, and waited, shivering, on a bench by the water. It turns out three’s a charm! 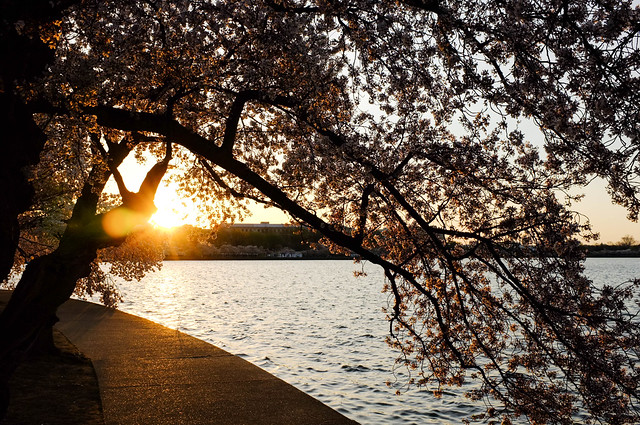 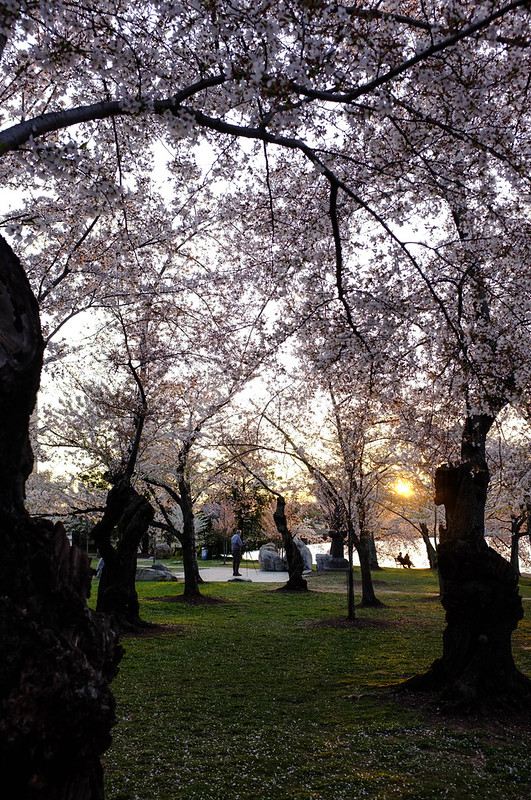 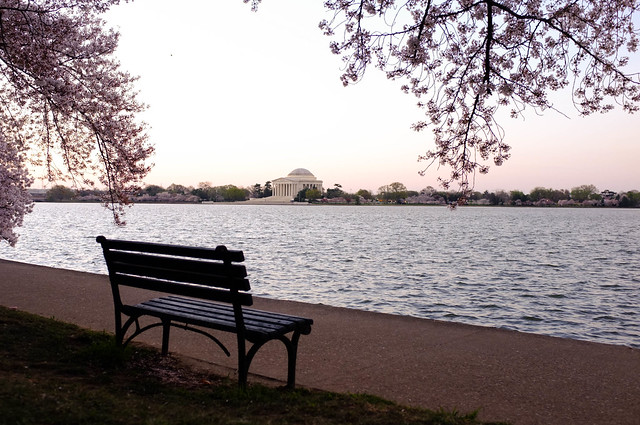 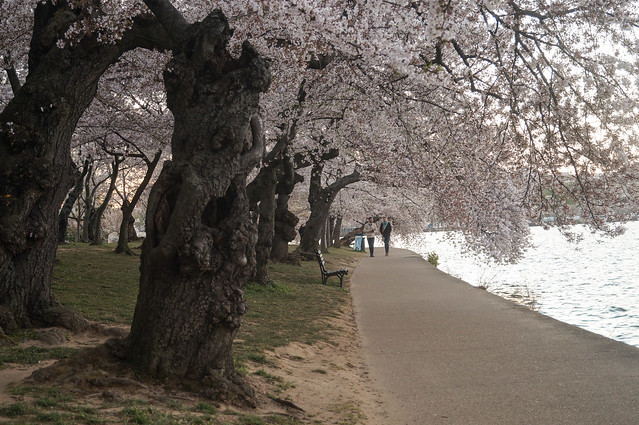 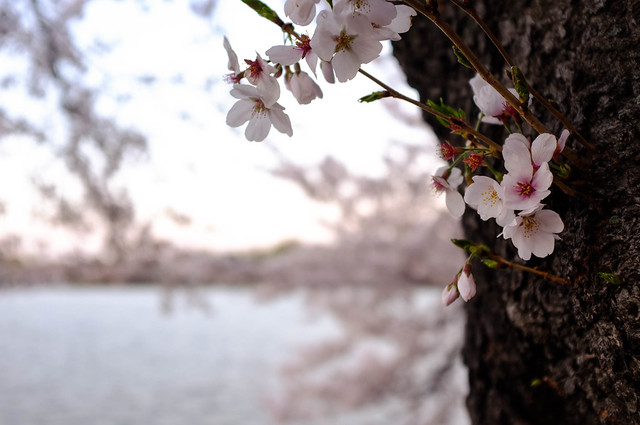 One Response to Washington’s Cherry Blossoms