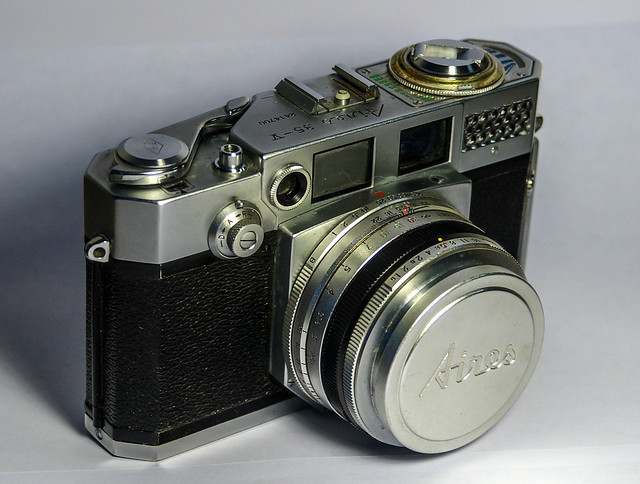 I found this rangefinder at an estate sale in Virginia.  It’s a heavy, solid camera and it came with a second lens, and despite never having heard of its manufacturer, I decided to add it to my collection.  Being from a different era, its previous owner had engraved his social security number in the back of the camera.  So we know this camera belonged to Lieutenant Colonel (Ret) Robert Williams, who passed away in November, 2008.

It turns out the Aires Camera Works was based in Tokyo, and it seems they put a lot of effort and research into the Aires 35 V, the last in their “35” series.  It was put out on the market in 1958, but Leica’s M3, put out just a few years earlier, had taken the rangefinder world by storm, and other serious photographers were switching to some of the early SLRs.  Aires would also attempt to enter the SLR market but wound up folding in 1960. 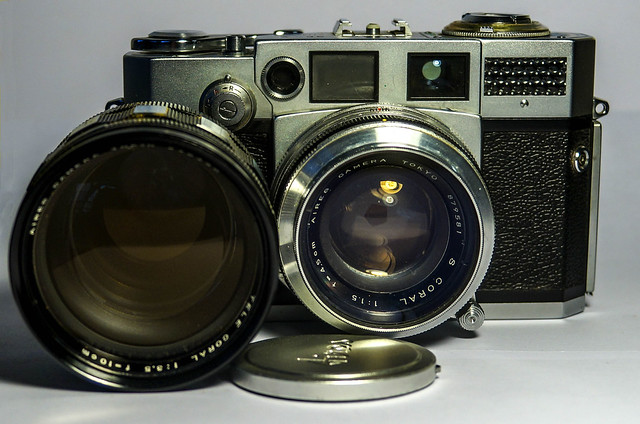 With this lens combination, it would have cost about $180 back in 1958, or just shy of $1500 in today’s dollars!  So I was excited to take it out for a spin.  I loaded it up with a roll of black and white film and we headed into Washington.

I found the camera a little tricky to operate.  Usually changing lenses on modern cameras is pretty intuitive, but I had to consult the owner’s manual to get the larger lens to click into place.  There’s also a built-in light meter that works backward from most I have seen:  rather than setting the aperture and shutter speed so that the needle on the meter is within a certain range, and I couldn’t seem to make this one work.  I ended up using settings that seemed right for the light conditions, and it was only afterward when I re-read the manual that I realized that the needle measures the light, and this is used to indicate possible aperture and shutter speed settings.  It’s not really described very clearly.

The other oddity on the camera is the dial on the front.  Leicas use a dial in this spot to set slow-shutter speeds.  Instead, this dial is used to allow double exposures, single exposures, or allow the film to be rewound. 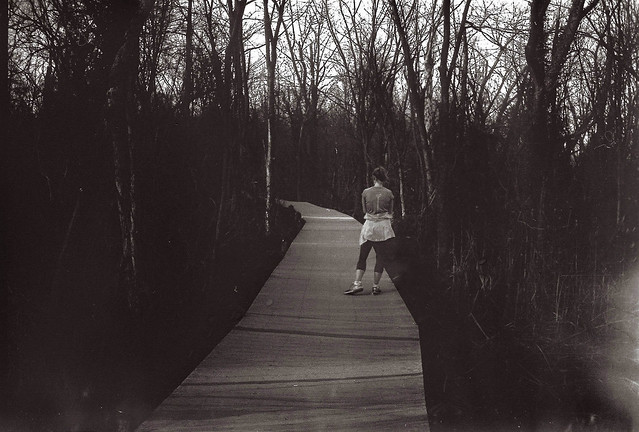 Despite my inability to use the light meter, I was pleasantly surprised by some of the low-light photos I took.  The photo above was taken just a few minutes before sunset with trees blocking the little light that remained.  It’s dark, but much better than I would have expected from a 1958 camera in low light. The photos below, taken inside the The Basilica of the National Shrine of the Immaculate Conception illustrate this further. I wanted to see what it could do with the stained glass windows – not really expecting a decent photo, but just looking if I could accurately capture the detail in the windows.  And for the interior shot of the basilica there was very little ambient light – this is where the f/1.5 lens gave a lot of flexibility. 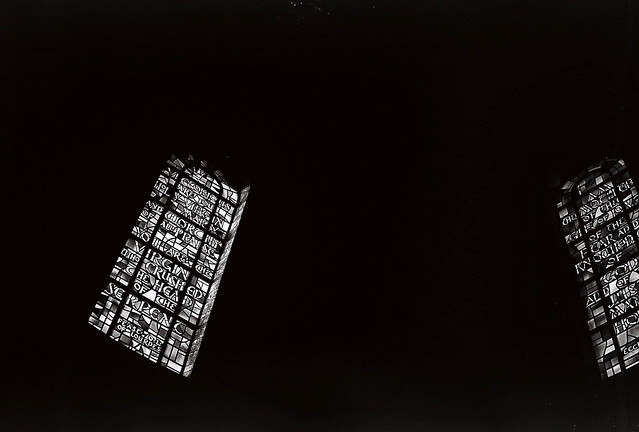 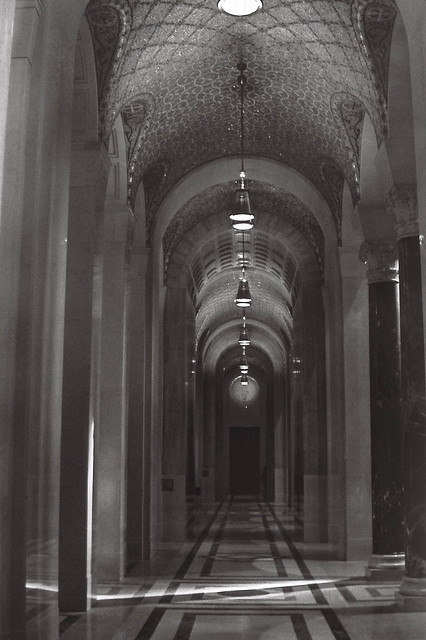 Outside the basilica the sky was clear and the sun was bright – also great results. 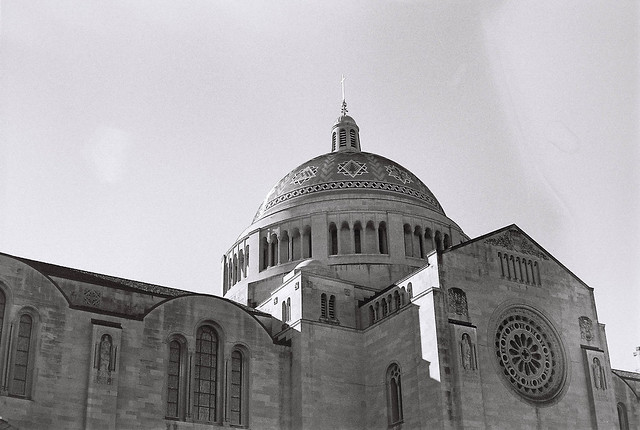 We headed over to the National Arboretum, where I took a few pictures with the telephoto lens. I was reminded that unlike SLRs, you don’t see what the lens sees – so I realized that the viewfinder has an “inner” square that helps frame through the 10cm lens. Focusing was a bit tricky in the bright light, as the rangefinder ‘double’ image was pretty hard to detect, but I used the markings on the lens(es) to double-check that I was focusing properly.  Maybe taking it apart and cleaning it will help the focusing. 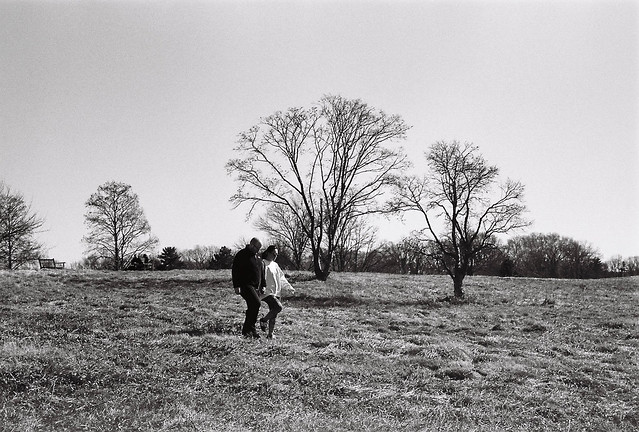 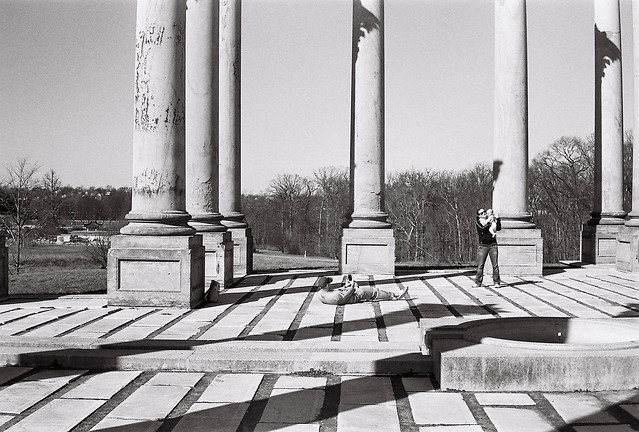 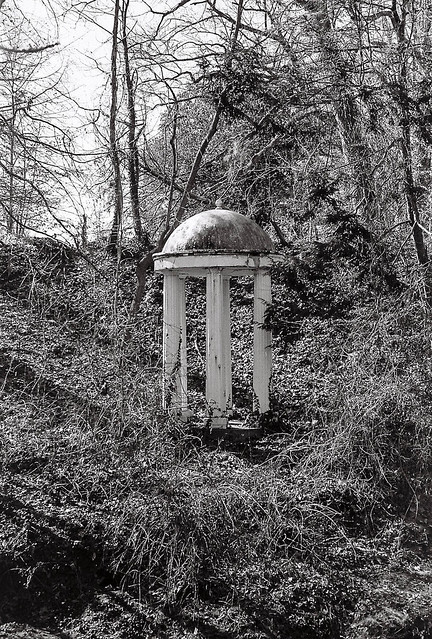 Again, really pleased with the sharpness and clarity of the photos that came out of this camera – and the detail of the grass and trees reminded me why I like to shoot with film. 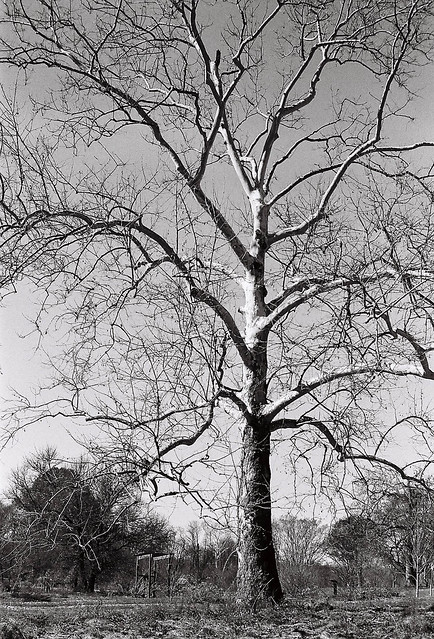 I have read in other reviews that the shutter in these cameras tends to stick. I had no issues, but obviously this is something you’ll want to check before buying one of these. In all, I think it was an outstanding camera for its time and the quality lenses that come with it allow the taking of clear, sharp photographs – 70 years after its manufacture!

I hope to run a roll of color film through it when I get some more time.  Those photos, and the others already taken with this camera, can be viewed at this Flickr album.

3 Responses to Testing the Aires 35 V