If you’ve spent 20 minutes clicking around on my blog, you’ll know that one of the things I enjoy doing is loading up old, often inexpensive, but working cameras with film and taking them out for a spin to see how they perform.  In this post, I review not one, but three cameras – one from the 1950s and two from the 1960s.

I’ll start with the cheapest of the bunch.  How cheap?  Only $5…plus five bottom panels from certain cigarette packages!  The Kodak Flashfun was one of a number of cameras that Kodak included among its many promotions to spread photography to the masses.  Early photography was a difficult craft which involved expensive equipment, chemicals and lots of know-how.  Kodak wanted you to snap away, and they’d take care of the rest!  As in, sell you film and process your photos… 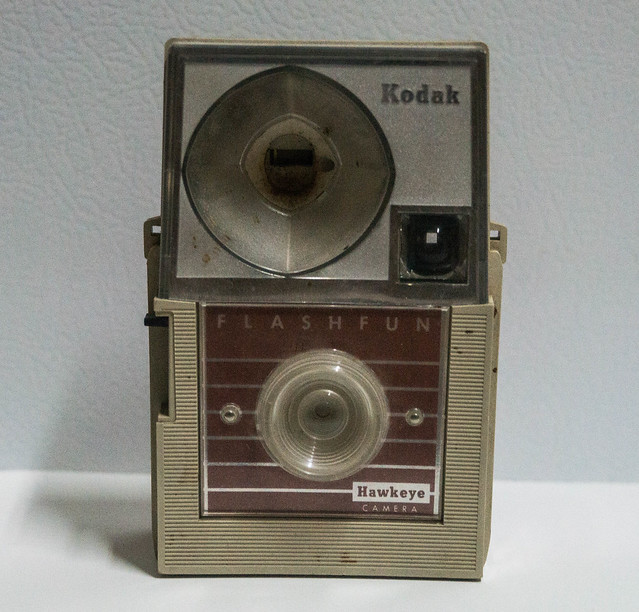 The Flashfun came in a few different 1960s-typical colors and took 127 film and square, 4cm-by-4cm photos.  This camera was made from 1961 to 1967 from mostly plastic with a few metal parts inside, mainly for the shutter.  You could add a flash (hence the name) but I’ve never gotten any of the bulbs (yes, I have some) to work.  Here are a few photos I shot with it, all in New Orleans: 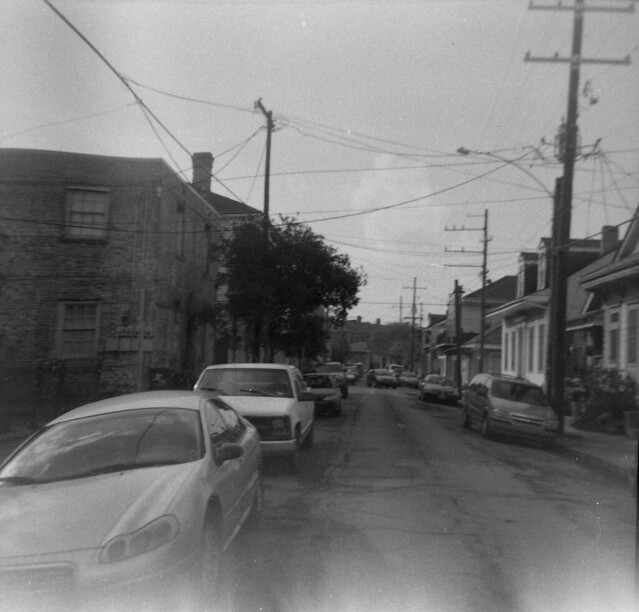 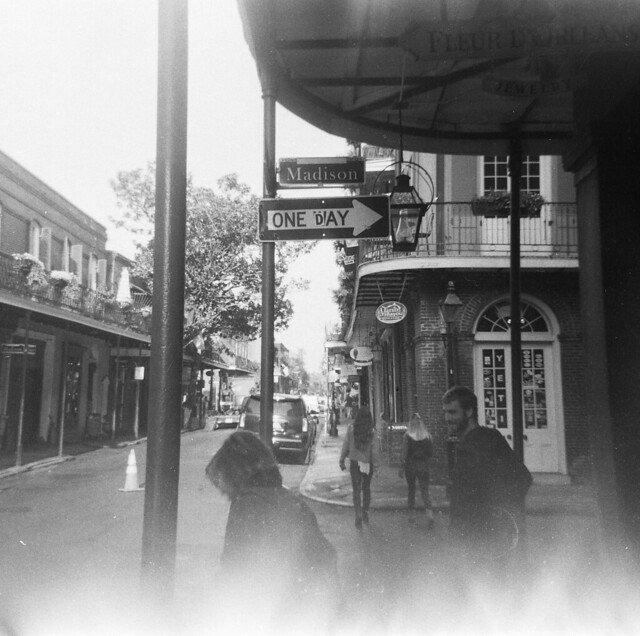 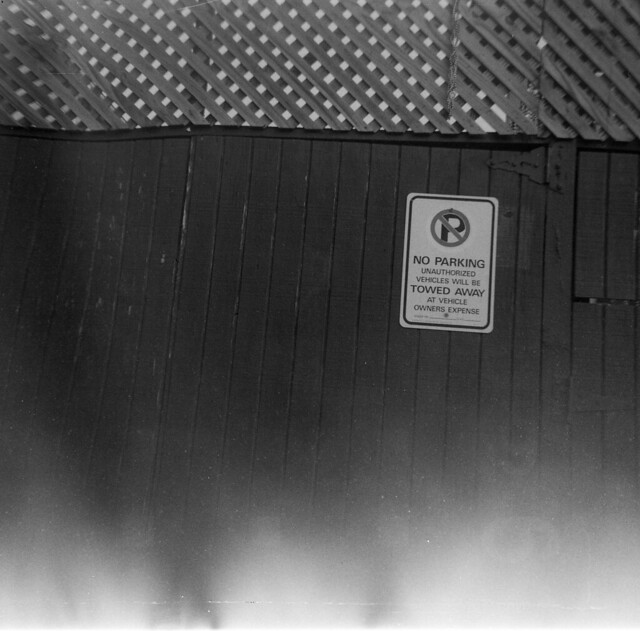 Clearly there is a light leak at the bottom of the pictures – and while I’d love to claim that this is due to a problem with the camera, it’s my own fault.  There are only a few people who still sell 127 film, all cut down from 120 size, and all go for about 18 bucks a roll.  Me, I decide, “why not just take a pocket knife and saw away at a roll of 120 film until I’ve cut it down to 127 size?”  Well, this worked, but unfortunately at some point I allowed the roll to loosen and light leaked in the end.  That’s my theory.  The entire flashfun roll (what turned out, anyway) can be seen here.

The second camera in the bunch is the Kodak Brownie Fiesta.  This was also a promotional camera.  It came in a number of different colors and versions, sometimes with a flash attachment; but the one you see pictured below could apparently be had for either 15 Campbell’s soup labels, or $5.95.  This camera also takes 4 cm square photos, but for some reason, I ended up not having the light leak issue despite also trimming down a roll of 120 film to get the 127 size needed for this camera. 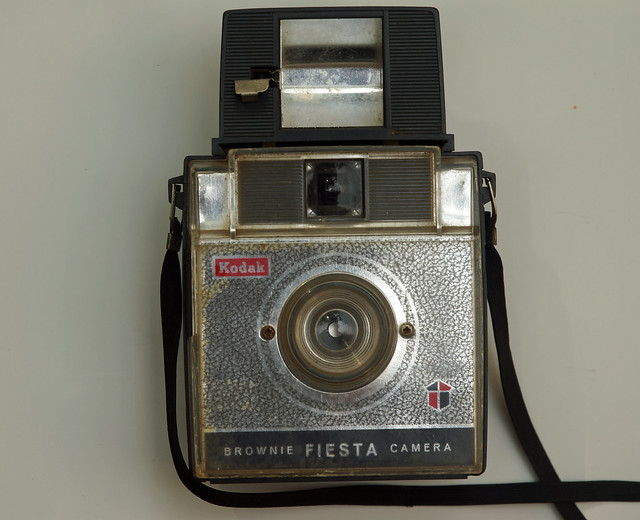 The photos, all taken in Tucson, all turned out a bit overexposed, and I ended up darkening them a bit and increasing the contrast.  But it’s not the camera’s fault – like the camera above and below, there is very little technology involved; there are no focus knobs, no light sensors, and no shutter or aperture settings.  Like many simple cameras of this era, they use an f/11 aperture and a shutter speed of around 1/40 of a second, which means just about everything beyond five feet will be in focus, and on a bright day your film will be correctly exposed.  But New Orleans’s cloudy sky ended up producing a darker photo than Tucson’s summer sky – which makes sense. 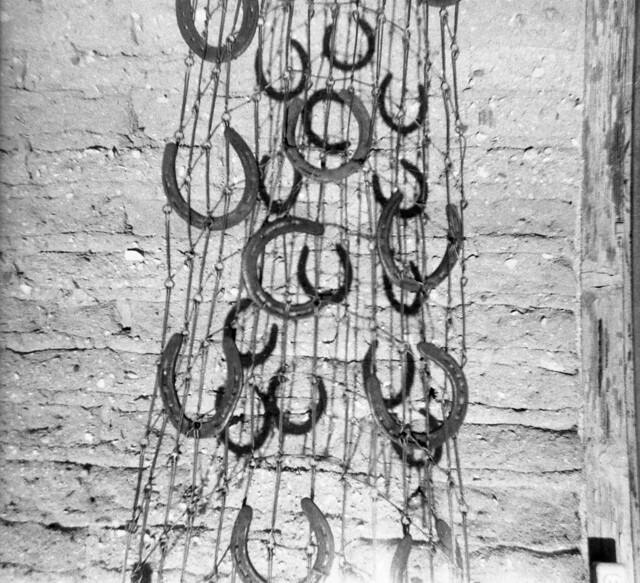 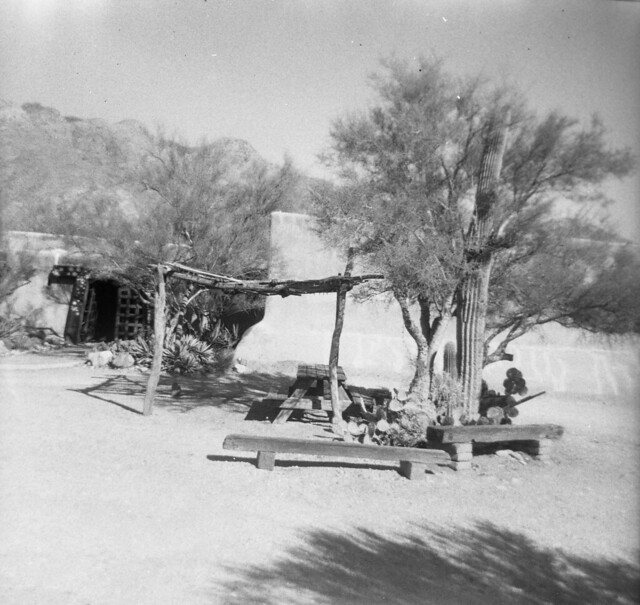 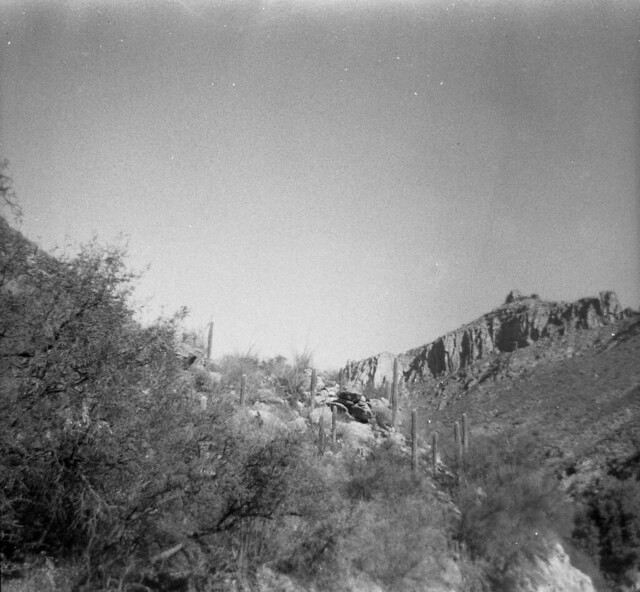 As the cheapest camera in the bunch, I’d have to say that the photos on this one turned out the best of all three.  You can see the rest of this roll here.

Finally, let’s turn to the Kodak Brownie Bulls-Eye.  It’s a bit heftier than the other two cameras I’ve reviewed, and is made of a thicker bakelite – an early plastic – than the later models, which seem to be made from a more modern, lighter plastic.  it came in a black-and-silver version as shown below, and for awhile they also made a gold version.  It sold for a whopping $13 (or $15 for the gold version).  That might not seem like much, but it’s $138.50 in today’s dollars. 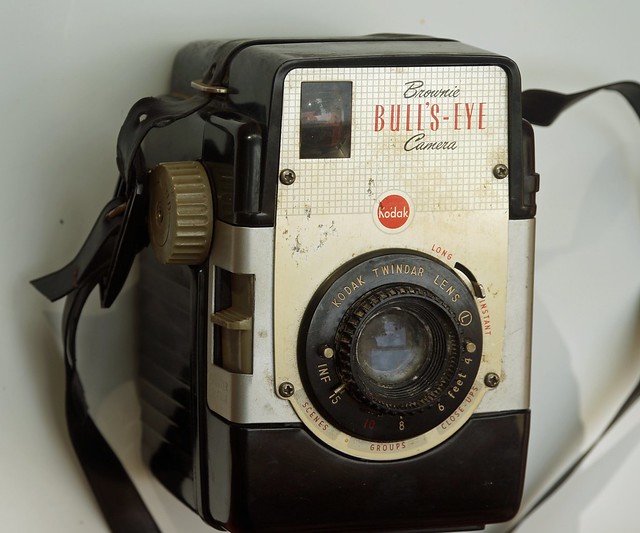 The Bulls-Eye is a bit fancier; despite having been manufactured in the 1950s (1954-1960), it has a couple of settings to adjust exposures:  a short/long exposure switch, and a focusing ring.  Now you have to estimate distance and adjust for lighting, and judging from the results, the additional skill required by the photographer ultimately led to my undoing as far as this roll was concerned.  The good news with this camera, however, is that you can still buy film for it.  It takes 620 film, which is no longer sold, but if you take a roll of 120 and, using nail clippers, clip off the outer millimeter of both spools and make sure it’s smooth, it should work just fine. 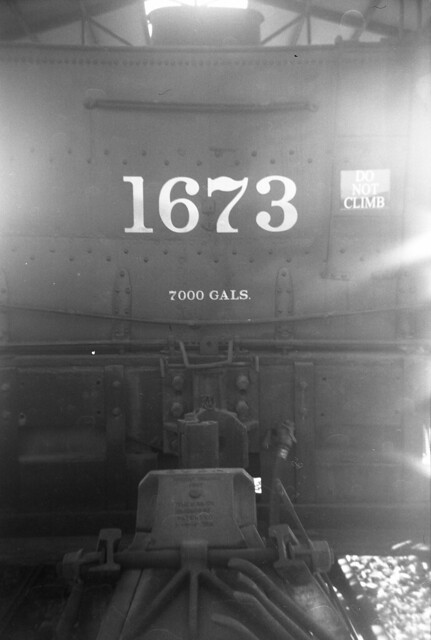 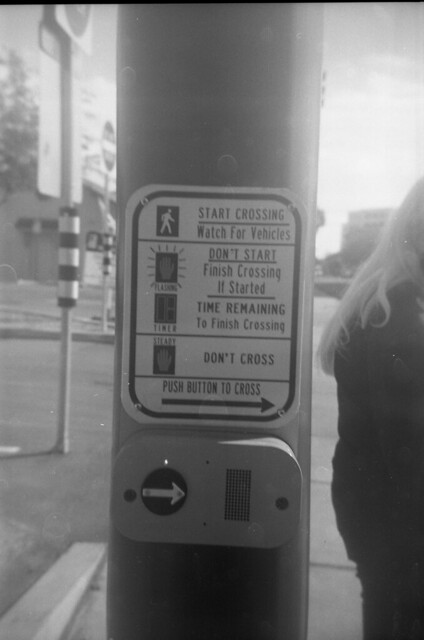 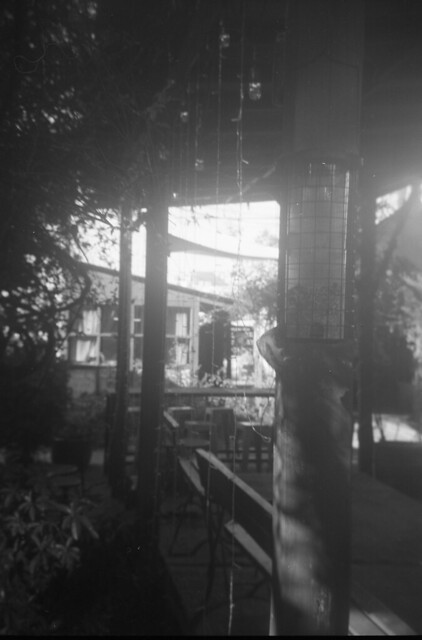 You can see the rest of this roll here.

Check out the rest of the camera collection, along with photos taken with most of them, here.