So you’ve heard of macro photography – and I’ve been blogging about it recently as well.  But what about micro photography?  Ever wanted to take a picture of something you can only see under a microscope?  Well, how about video?

It used to be really expensive, but there are a couple of options out there for under $100 that actually work.  I picked up this digital microscope from the Sharper Image for $79.99 which is a great value for money.  Although the description is not quite accurate, it does a lot of fun stuff – and in my opinion, not just for kids!  Of course, some of us are still kids at heart…

The website says it magnifies at 30X to 300X – in actuality it appears to do optical magnification of 3.5x OR 35x – and then you can digitally magnify that image 1x to 4x with the press of a button – though the image gets pretty noisy when you do that.  But I found that 35x is already quite impressive.

What I think is cool is that you can also do video.  Although when you take something that’s moving, and magnify it 35 times, it’s pretty hard to keep onscreen.  There are a number of setting options to change the resolution of your photos (1.3 MP max) or videos (30 fps), and you can even take 3-shot bursts.  Given the depth of field issue, however, it quickly becomes clear why microscopes are generally used to view things on slides.

Take a look at these photos and consider what you might be able to do with one of these.  I’ve been fooling around with it quite a bit the last few days.  Of course that has a lot to do with the fact that someone stole my laptop and camcorder. *sigh*

This is the head of an ant, magnified 35 times.  How did I get him to stand still?  Well, he was already dead – I just had to get his buddy to stop dragging him for a minute. 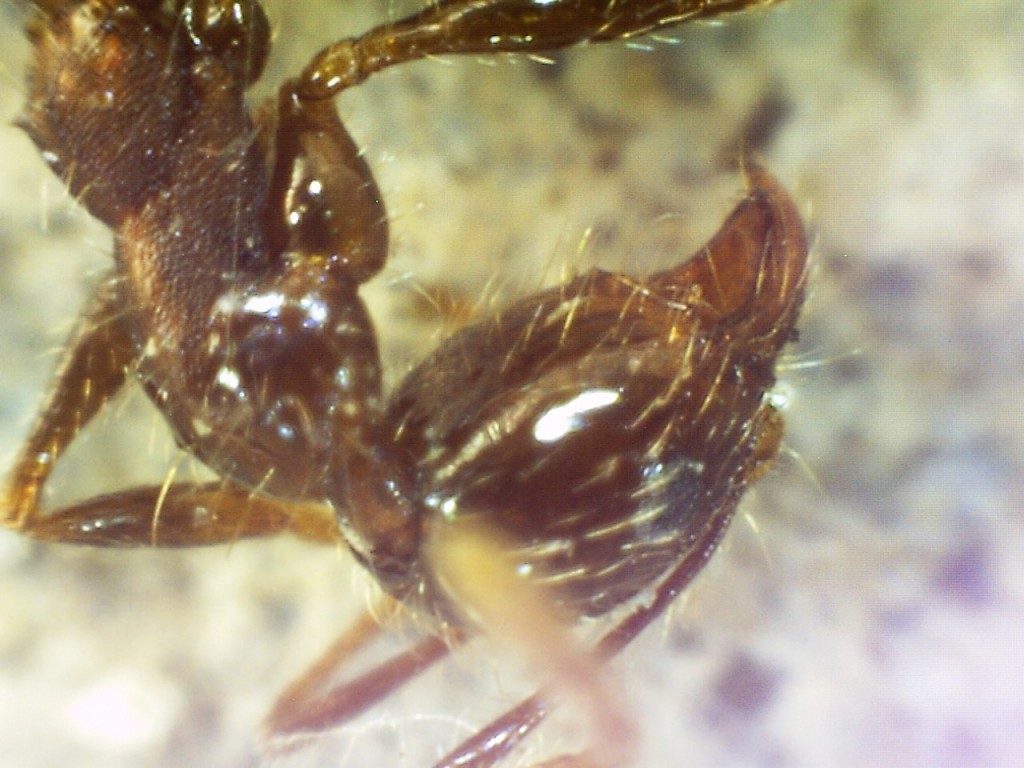 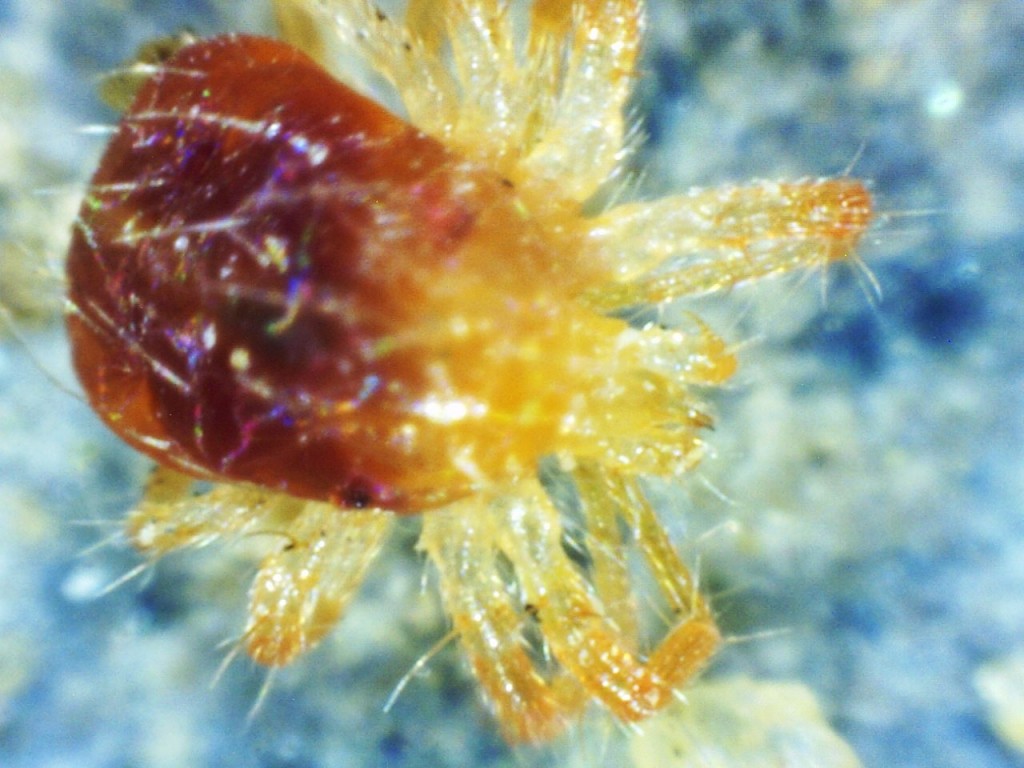 You know those tiny red bugs you sometimes see crawling on bricks?  No larger than, say the ball of a ball-point pen?  This is one of those, magnified 35 times.  I think it’s called a spider mite.

This is what happens when you stack the digital magnification on top of the optical.  I think this is 3 times 35x.

Some green algae I found floating in a pond.

And just for good measure, I’ll include some video. TURN DOWN YOUR VOLUME! I’m not sure what the rationale would be for sound on a microscopic video, but there you have it.

This entry was posted in Gear and tagged digital, micro, microscope, photo, video. Bookmark the permalink.