I got an email from somebody at some point, soon after we arrived in Madagascar:  there was to be a full solar eclipse, and we were invited to stay at the “Bush Camp” on the Pangalanes Canal, wherever that was. 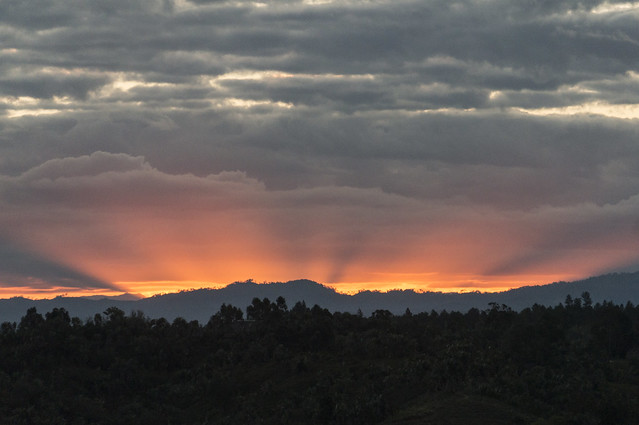 I did some digging and found out that there is a series of lakes and canals – similar to the inland waterway we have on the east coast of the United States.  Called the Pangalanes Canal, it is apparently pretty scenic and worth a visit.  According to the email, we would be able to experiene a full solar eclipse on September 1 (yes, it has taken me awhile to post this!) so I booked the trip and it was just a matter of waiting until September. 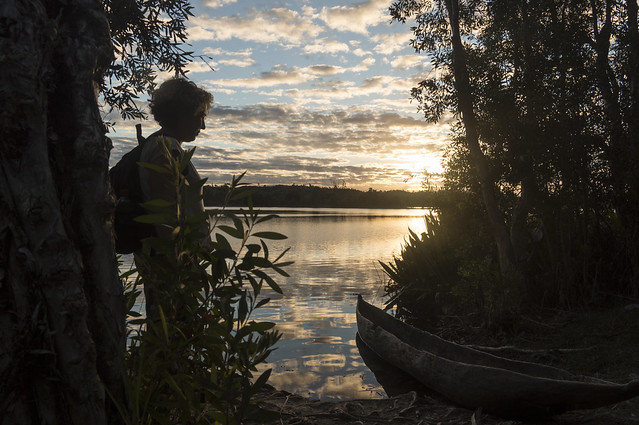 Our trip there was a minor adventure in and of itself. We took a 5-hour car ride east and south of Antananarivo, where we live, and followed a deeply rutted dirt road for about 10 kilometers. After a couple of kilometers, we passed a couple of women walking barefoot, carrying loads on their heads. They gestured at us, and we continued on, but about 5o meters later I realized what they wanted – so we backed up, loaded their goods in the back of the Land Cruiser, and invited them to jump in the back seat. They laughed and waved to people they knew as we passed through village after village… 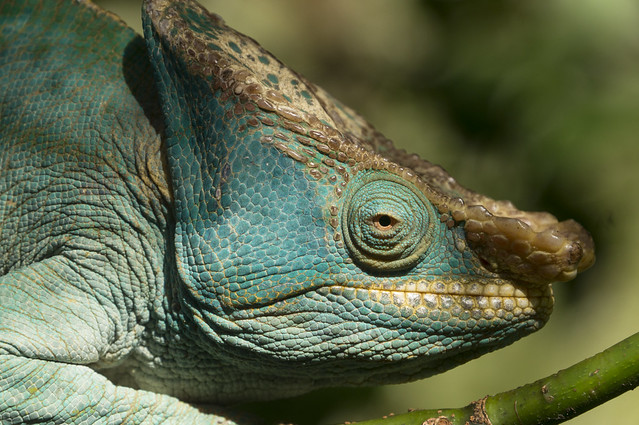 We arrived at the canal and had lunch while we waited for our boat. Eventually it arrived and we got our suitcases and loaded everything up…but to our disappointment, and for unknown reasons, the boat wouldn’t start. If we hadn’t been on vacation, it would have almost been comical as our boat drivers kept summoning different people from various places on the beach to help them. Eventually, they managed to start the boat and we were on our way. It took about 40 minutes to get to our hotel. Here is an aerial overview of the surroundings where we ended up.

Most of Madagascar’s lakes are unsafe to swim in – or even to wade in – because much of the water is infested with parasites that cause schistosomiasis.  But the lake that forms part of the canal system, in front of the Bush House (where we stayed) is pretty clean (I think) so I had a great time open-water swimming.  The risk here is crocodiles, which hang out in some of the “inner” lakes.  How do we know?  We saw them during the hours and hours of hiking we did in the area.

Across the lake from the Bush House is the Palmarium, another lodge, much more “touristy.”  From there, you can take a night boat out to see the Aye-Ayes (see previous post) on a nearby island, or you can walk around the grounds and see a number of different species of lemurs that are semi-tame.  Like I said, “touristy.”

One of our longer hikes, we went to the fishing village across the lake, built on the thin strip of land separating the lake from the ocean. We walked along the edge of the lake until we eventually ran into the canal – a 40 meter stretch of water – and we convinced an old fisherman to take us across in his little boat, which was patched in various places with plastic.  The ocean on the other side was very rough, and the villagers told us a few fishing boats had gone missing the day prior. 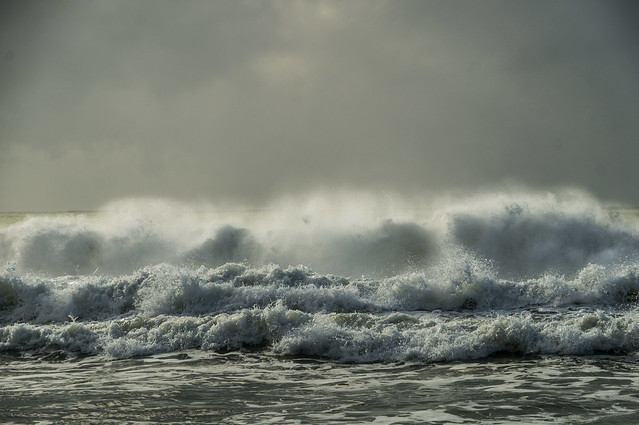 The villagers were interested in showing us around and trying to encourage us to buy the handmade crafts, vanilla, pepper, and other products they were selling in their shops. Before we headed back, I showed the kids what the strange object was that I had been carrying around in the odd backpack I had on my back:

Walking back, we passed by a hotel on the lake that appeared to be empty except for a family maintaining it.  And in the distance we saw these odd cat-like animals running on the beach.  When we got closer we realized they were lemurs!  We had a few bananas left:

Toward the end of our visit, we heard there was a soccer match between a couple of the villages taking place.  All afternoon, we saw people passing by the lodge on their way to the soccer pitch out in the jungle (you can see it on one of the videos above, I think) and so finally we decided to go and check it out.  It was pretty impressive to see a few of the players were barefoot, and a few of them had split a pair of shoes between them. But one of the teams was clearly sponsored by the Palmarium Hotel…

So yeah – it was a great trip, a great getaway to get out of the city for a long weekend.

…and oh yeah, there was also the eclipse! 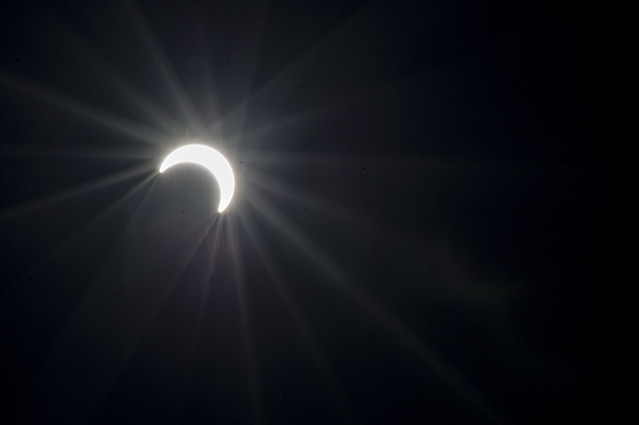 If you’re interested in seeing a few more photos from the trip, you can check out this Flickr album.