We’re doing much better at seeing the country to which we’ve been assigned early in our tour, rather than late, rushing, and ending up with a list of “places we wish we’d gone.”  Of Madagascar’s noteworthy destinations (really the list is endless, but let’s focus on the main towns), we have yet to make it to Mahajanga, on the west coast – but we did get pretty close. 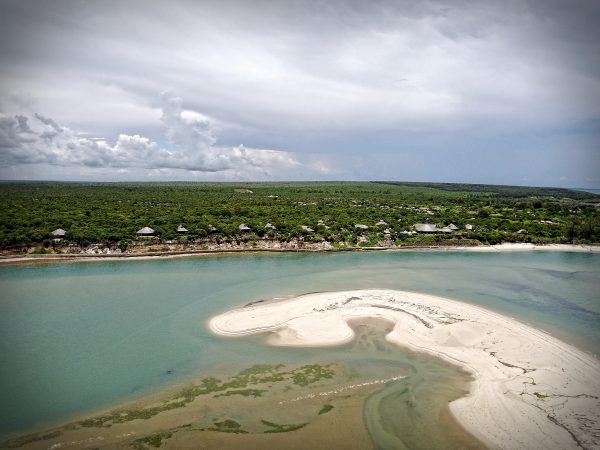 We made it to Antsanitia Resort, about 45 minutes north of Mahajanga and the airport. Individual cabins perched on a cliff overlooking a river as it opens up into the sea.  It’s got a pool overlooking the beach on the ocean side, which is probably a good thing – I usually am up for ocean swimming but it seemed a bit sketchy here.  The water was cloudy and the locals told me the river current made swimming difficult.  Their mention of a group of sharks that “like to play in the river mouth” didn’t help either.

So we mostly kayaked, and walked, and relaxed.  As far as photography, the photo below pretty much covers it: 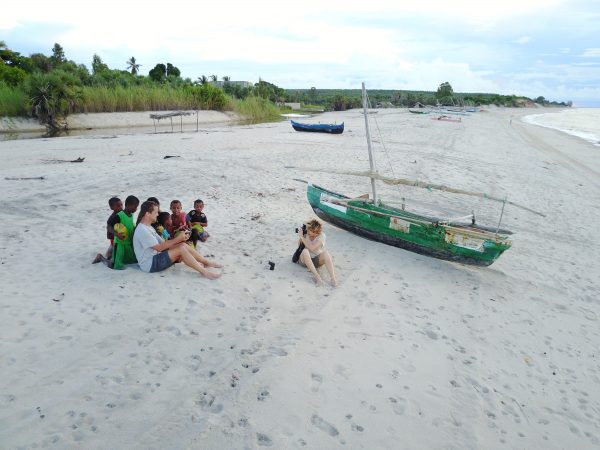 Showing the kids my new drone

I had just gotten a new drone in the mail – the DJI Mavic Pro.  So literally all my photography on the trip was from the sky.  Showing the local kids how “their” beach looked from the air also made for fun photography.

The cool thing about the Mavic, compared to my previous drone(s), the 3DR Solo, is portability.  I carry the Solo in an airplane carry-on-size case that straps to my back, and the hardware is in compartments in a foam block that would probably float for quite some time if it fell from a capsized kayak.  But the Mavic can be put inside gallon-size ziplocs, inside another backpack, and still leave room for sunscreen, extra clothes, bottled water and snacks, and another camera (also in a ziploc bag), and you can kayak without worry.

So that’s pretty much what we did, and I’m going to share a couple of videos I made.

But first I want to tell you about a friend we made.  A skinny black dog, ribs showing, must have sensed that we were missing our dog at home and thought he’d have a go at being a surrogate.  We’d steal him food from the restaurant and he would hang out at the cabin, and would walk for miles with us through the countryside.  One morning, I went for a run, and he not only came along, but he brought a friend, and they both ran up the beach 2.5 miles, and 2.5 miles back, without complaint.  Even when it started pouring down rain at the end.

When we went to the restaurant, he apparently knew the deal, and would slink off to the bushes, sticking as close to us as we could but just out of sight.  We’re pretty sure the staff didn’t see us flinging food from the patio…

And when we appeared in the morning, they would laugh and ask why the dog was following us, and offer to shoo him away, and we’d pretend to have no idea why.  But suffice to say when we left, his ribs were no longer showing.  He’s in the video:

The second video was taken out on a sand bar. It looks like the drone flew dangerously close to the seagulls, but that’s the magic of “zooming” the 4K video the Mavic recorded. Having said that, I wasn’t exactly far from the birds either.  I’ve always wanted to use this particular Philip Glass track for a video too.

I’d recommend this resort to other travelers, if you’re coming to relax and enjoy the spectacular sunsets and good food.  If you decide to go, please see if our friend, the little black dog, is doing OK.

Oh and he likes hard boiled eggs.  OK he likes pretty much anything you give him….

2 Responses to Mahajanga, Madagascar: Antsanitia Resort – View from the Sky