Make Your Own 3-D Camera!

I was checking out the latest copy of Photo-Era Magazine (the latest I own, anyway) – dated April, 1929 – here’s the cover: 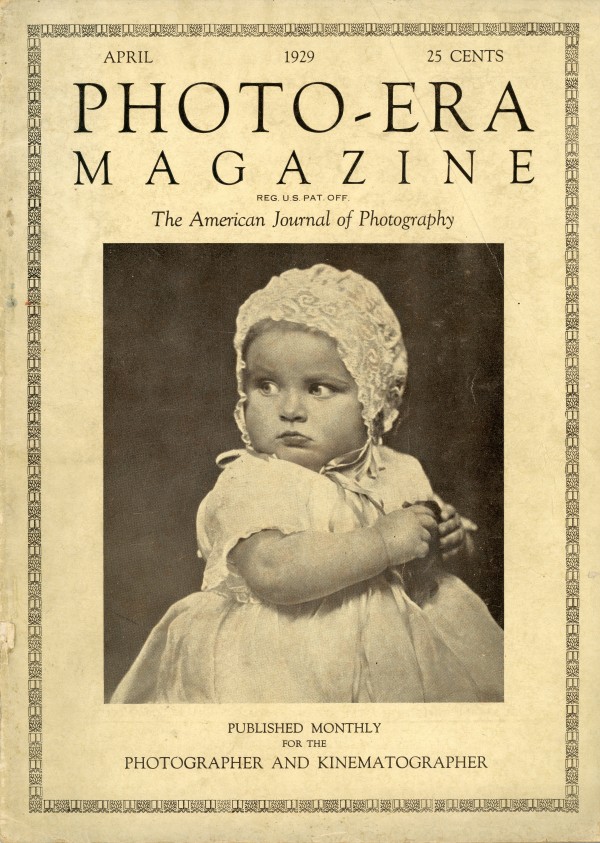 It’s chock full of interesting articles on photography – and ads for the latest cameras, including this ad for an unfortunately named Voigtlander.  One of the articles that caught my attention was a description of how you can make “your own stereoscopic outfit – for less than two dollars!”  Stereoscopic viewers allowed people to view dual side-by-side photos as a single, “3D” photo, as early as the late 1800s.  If you’re old enough, you may remember the “View-Master”, which operated on the same principle.  I wrote about stereoscopic photos in this previous post.

It is, of course, possible to use ordinary digital cameras (identical ones is best) to make stereoscopic or full 3-D photos, viewable through 3D glasses after processing with one of any number of computer programs.  But that’s boring.  I thought it would be fun to do the project as described in the article.  Here’s the first page, for reference, with the rest of the article below (click on the images if you want to see them in full size). 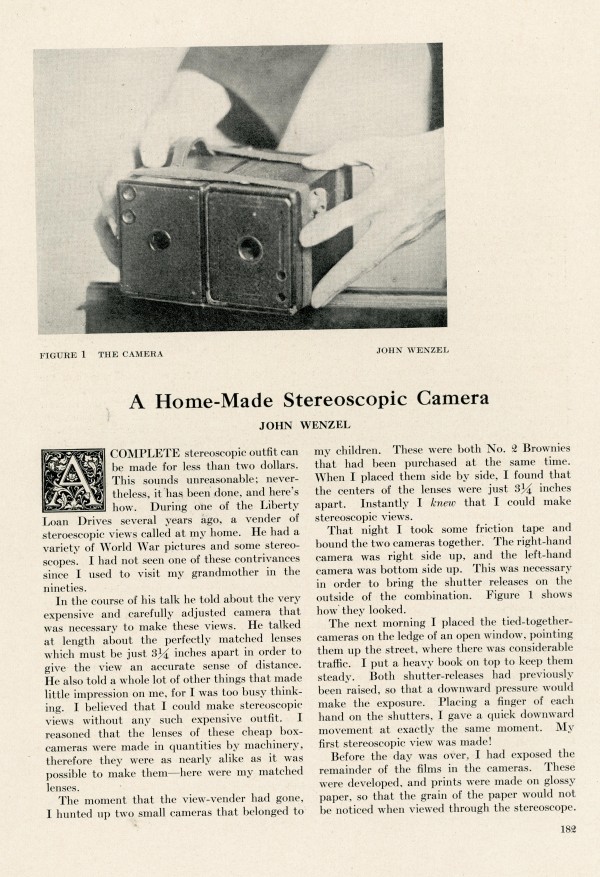 For my “stereoscopic rig,” I decided to use two 1930 Kodak No. 2 Model C “Anniversary Edition” box cameras. These were reissue models of a camera originally released in 1913 and sold for about 2 bucks each. Technically the 1913 model is not in keeping with the tone of the article (“less than $2” total); but the 1930 anniversary edition was given away for free! Assuming I had two kids turning 12 in 1930, and managed to snag a couple of the cameras being given away in May of that year. Or on eBay, 83 years later, where they cost well more than 2 bucks each. A handful of rubber bands to hold them together and a bit of masking tape to keep them from sliding, and voila: 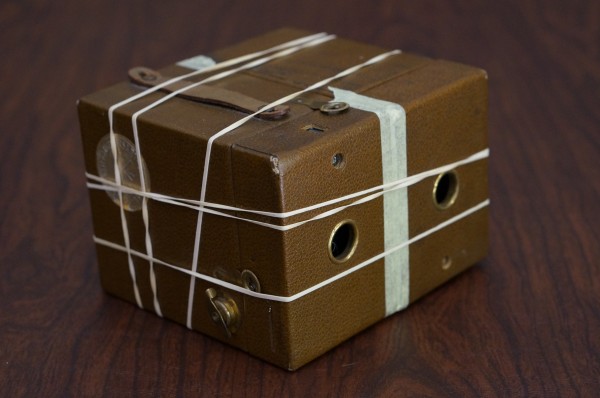 I loaded them both with some Ilford Pan 50 and went for a walk around the neighborhood.  And got some odd stares as I was taking photos.  But ultimately came up with a handful of usable shots (some were a bit blurry, or dark).  I had to do a little work on them – you can see if you look closely at the masking tape on top that the two cameras are slightly out of alignment – which makes enough of a difference as you move away from the camera.

Once I processed the film and corrected for alignment, I had two options.  First – and the option which ultimately worked really well – I printed the images side-by-side in a piece of 4×6 photo paper (matte would have been best, but I only had glossy), and viewed the pair through a stereoscope.  I didn’t pay attention to which was the right or left eye – I suppose it matters, and maybe I got lucky, because the images I printed POP into 3d.

Since you probably don’t have an 1890s stereoscope laying around, I turned some of the images into gif files where the two images alternate back and forth.  As you see the pictures below, they probably don’t flicker on your screen – but if you click on the images individually, they should open in a new window, and after a few seconds, start flickering.

These are the two that, in my opinion, turned out best.

And this is what the printout looks like for the stereoscope: 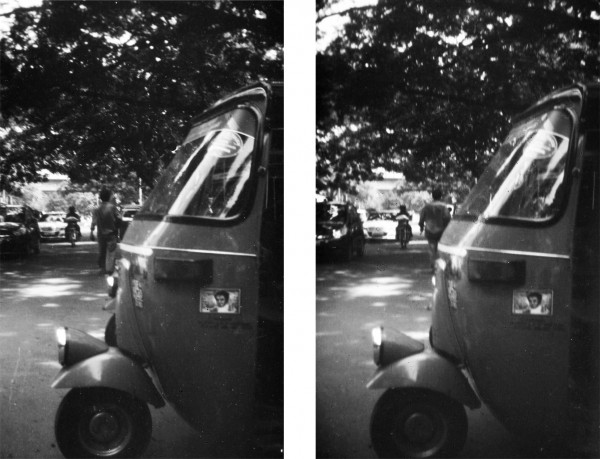 This should be pretty easy to do with any camera, provided you have two of them and fix them about eye-width apart; or figure out a clever way to take two pictures right after another, about 3.5 inches apart.  Here is the tutorial on making the gifs.

One Response to Make Your Own 3-D Camera!