One evening about a year ago, my (younger) daughter and I were checking out typewriters on eBay.  We share an interest in “retro” machines (this is how my camera craze started, and her last Christmas present was a record player), and inexplicably, we both wanted – needed – a typewriter.  So we both picked one out and waited.  Got great deals.  Hers worked.  Mine didn’t.  Doesn’t.  Here’s what it looked like close-up after having removed some parts.

So I got it in my head somehow I was going to restore this thing.  Take it apart, clean it piece by piece, and put it together, a smoothly oiled and operating machine.  I carefully researched it and determined that to this day, I’m still not sure what it is.  According to its serial number (4808494-11), it should be a #6 made in 1938.  But then there is this website with pictures that lists it as a “late 1940s” model.  (For $1,295!!  Mine cost like 30 bucks plus shipping).

So I started to take the thing apart.  The carriage was all crooked and wouldn’t slide properly, the shift function didn’t work, the ribbon wouldn’t lift up when a key was struck, basically the thing didn’t work at all.  I removed about 15-20 major components and took pictures along the way to help remember the sequence.  Then I was faced with the prospect of disassembling all of the small pieces and levers inside.  I consulted somebody on Instructables.com about next steps, and he cautioned against it – saying the typical typewriter like this consists of 2-3,000 individual pieces!  So I took his advice.

I discovered that the metal frame of the typewriter had a crack in it.  I bought some industrial strength epoxy and glued the thing back together.  As for the rest of the problems, the typewriters of this era are amazing pieces of machinery.  Designing them must have been an endless trial-and-error exercise, but the end product is a triumph in human ingenuity!  Anything that’s wrong with it, you can basically look at it and fiddle around with the different levers and springs and connections, and figure out how it’s supposed to work.  So piece by piece I was able to restore most of its basic functions.

Next I used a vacuum, toothbrushes, rags and q-tips to clean it as thoroughly as possible.  Doing that helped it work even better.  As I cleaned it, I put it back together, somehow, using the pictures I had taken.  The end result is a typewriter that almost works, and simultaneously adds like 100 pounds to our weight allowance.  I could not figure out how the little bell rings.  And there just isn’t quite enough clearance for the carriage to go back and forth smoothly.  And a piece of trim is missing, as well as the carriage knob on the right side.  But it looks pretty nice: 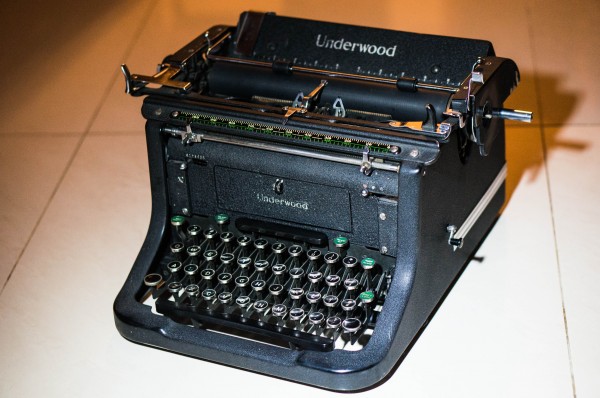 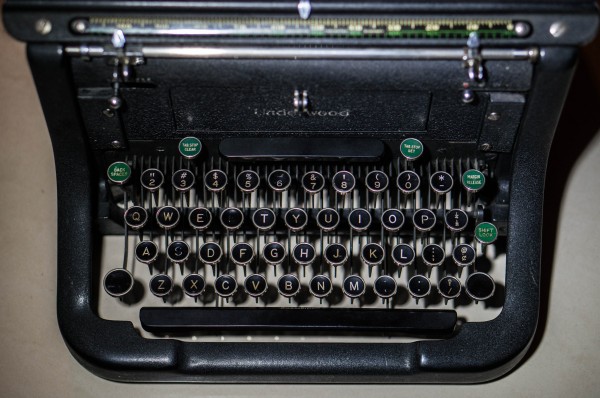 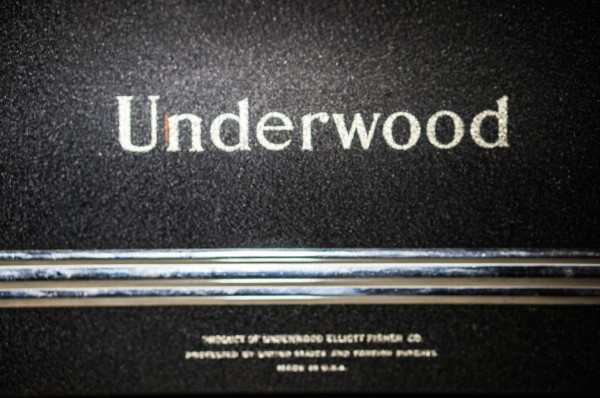 So now I have a partly working typewriter.

I’ve just bid on another exemplar of the same model on eBay….I just know, if I have two, I can make one working copy….